Book Publication: Things don’t really exist until you give them a name
Forthcoming early 2018
In collaboration with Mkuki na Nyota Publishers, Dar es Salaam.
Dummy versions of the book have already been launched in Dar es Salaam in September 2017, and the big print is expected soon. Stay tuned!

Mobile App Launch: Urban Narratives for Android
30 June 2017
At once an archive and a city guide, the Urban Narratives app explores the city’s diverse histories from below. Contents provided by the research program Simulizi Mijini, by the creators of Street Level, and more to be added through the section “Submit your own story”. The app is freely available for Android devices, and we are working on an iOS version.
More information on the app page.
Download the app for Android on Google Play!

Opening of DARCH: The Dar es Salaam Centre for Architectural Heritage
30 June 2017
The adventure to renovate the old Boma and create a public-interest institution in Dar es Salaam has finally launched! The fully restored building opened its doors on June 30th in Dar es Salaam, showcasing a permanent exhibition on the history of the city and a temporary multimedia inquiry into the contemporary voices of the city’s heritage.
More information about DARCH opening in this post, and about the Simulizi Mijini exhibition here.
Visit DARCH’s brand new website!

Call for Abstracts: Urban Heritage Activism
Deadline: 18 December 2016
Call for contributions by artists, activists, academics from all corners of the world for a conference and publication.
Download the call for abstracts (PDF)

International Conference: Decolonizing the Academy
April 21-22nd, 2016
Diane Barbé and Rachel Lee spoke about teaching architecture and relating to the city, about oral history and heritage, about the role of the research in postcolonial studies, and the challenges of transnational cooperation.
Hosted by the Centre for African Studies, University of Edinburgh
Read more

International Symposium: Reconfiguring Urban Heritage From Below
1 April 2016
An inquiry into heritage politics and cultural identity from Istanbul to Johannesburg. Introducing a take-away storybook resulting from the Dar es Salaam summer school.
Curated by Habitat Unit in collaboration with DARCH
Hosted by the British Council, Dar es Salaam
Read more 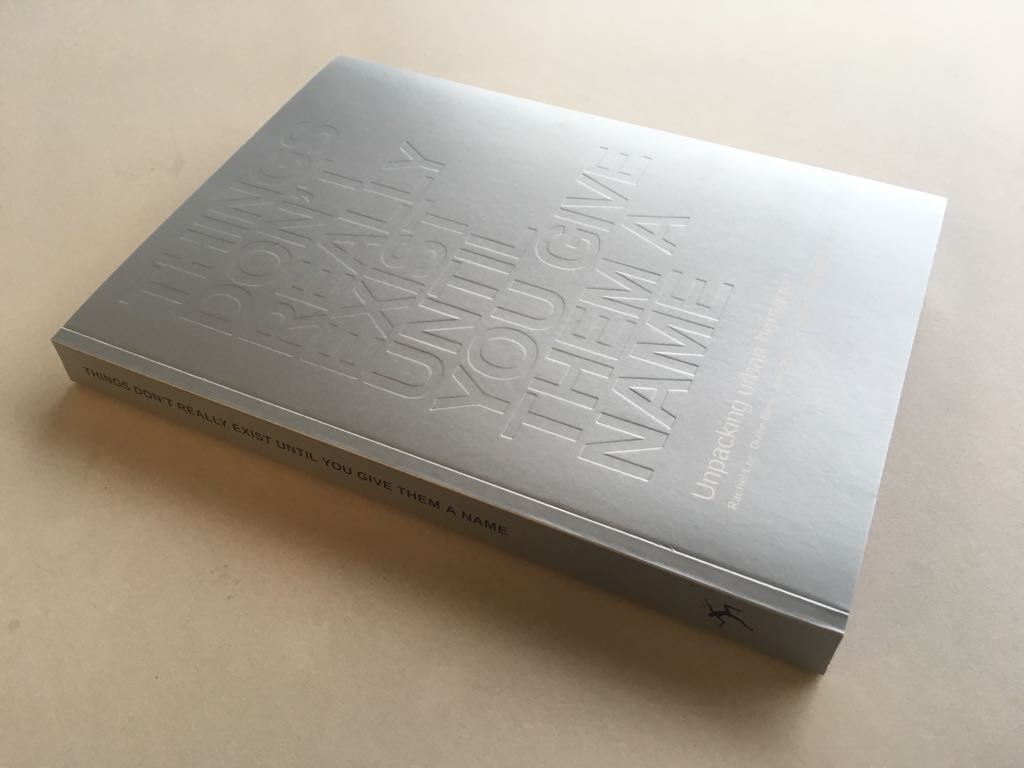 Things don't really exist until you give them a name: the edited volume by Lee, Barbé, Fenk & Misselwitz (2018) is now ready for ... 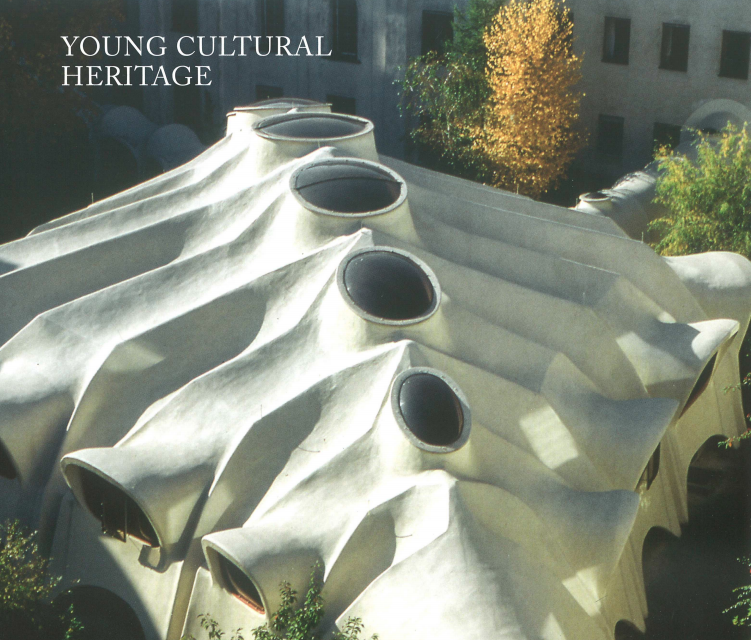 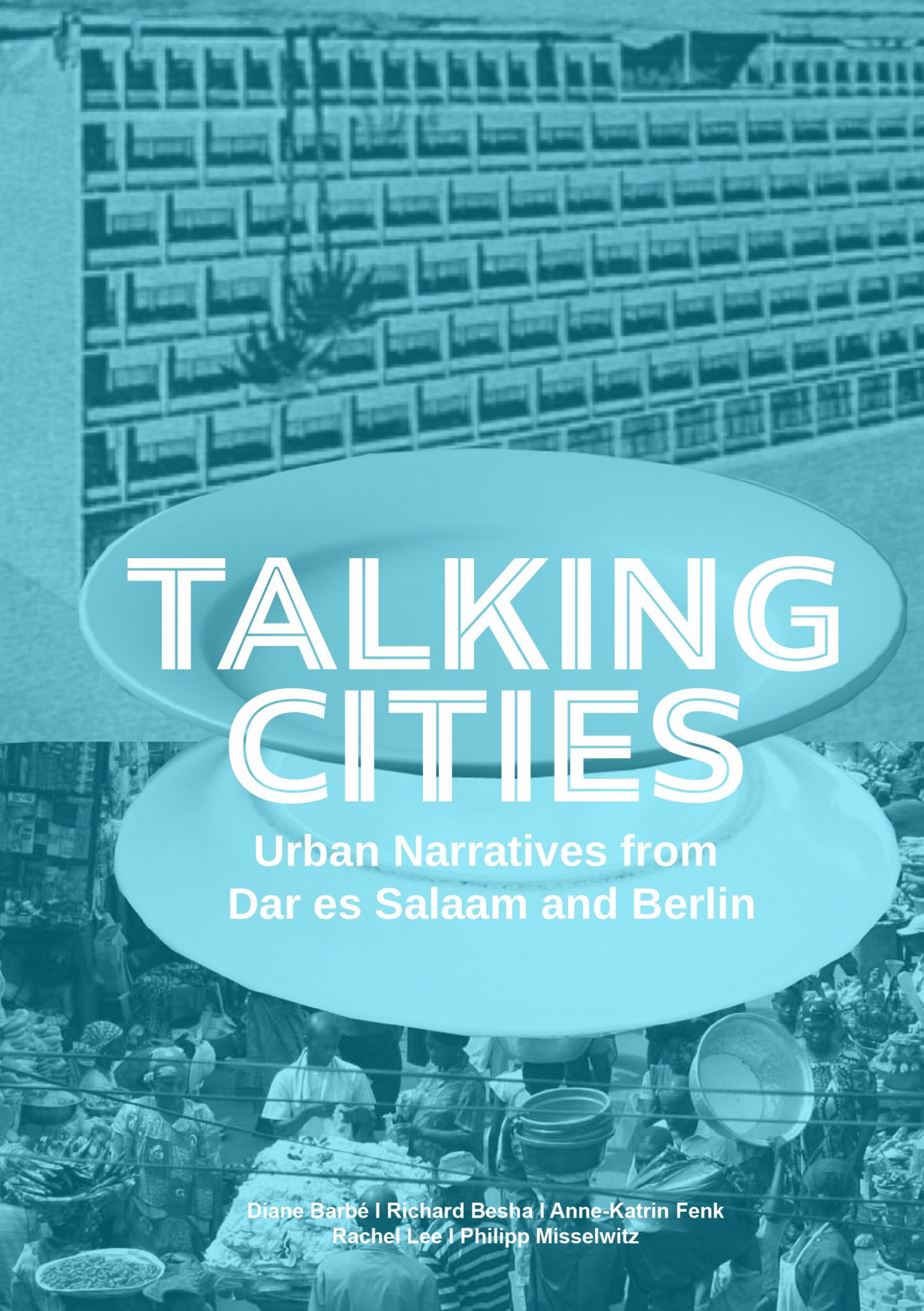 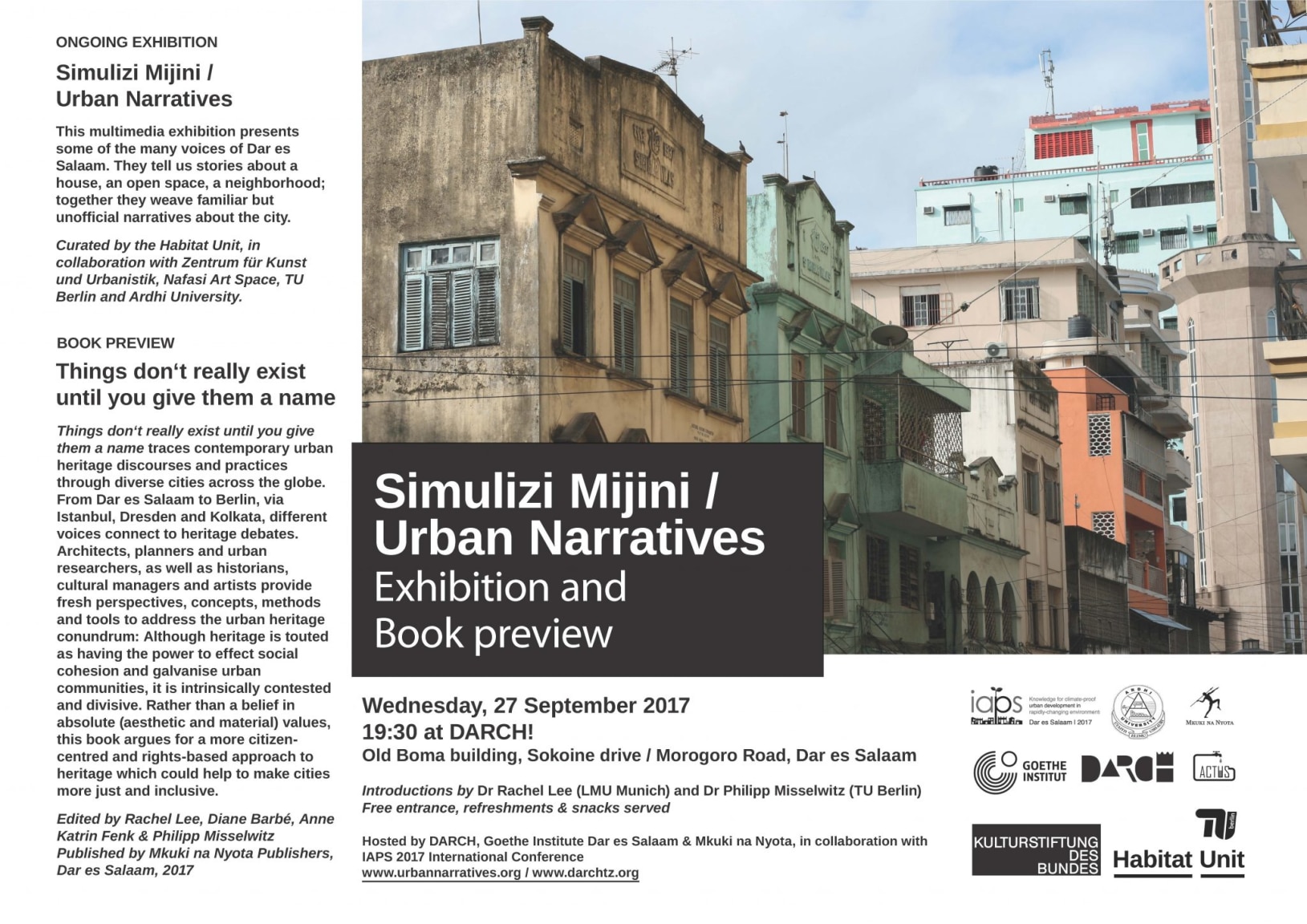 BOOK LAUNCH: THINGS DON’T REALLY EXIST UNTIL YOU GIVE THEM A NAME

Artists, scholars and urban activists debate the question of heritage in cities across the world, from Dar es Salaam to Berlin in this ... 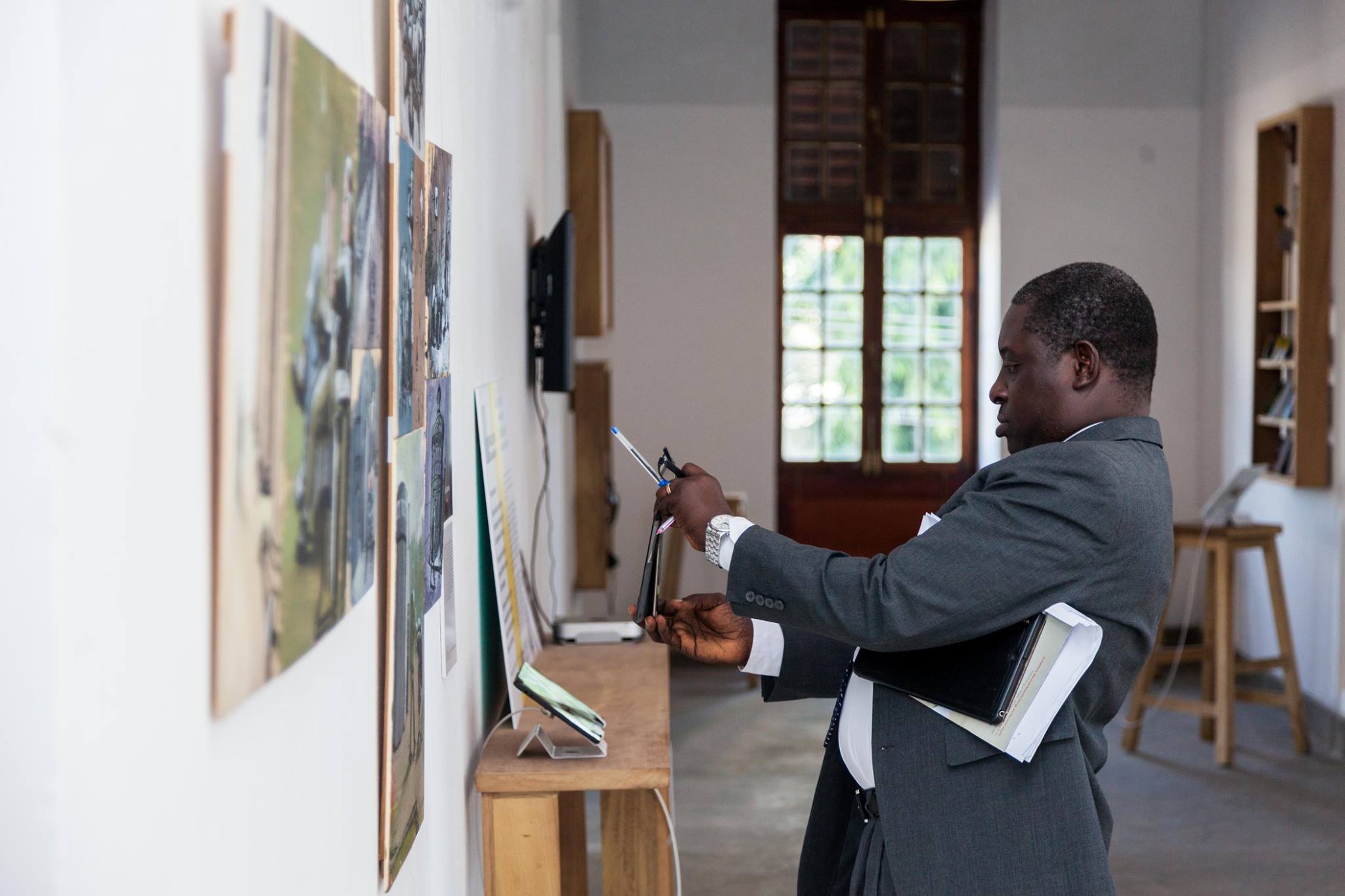 The Simulizi Mijini exhibition is on display at the Old Boma until 30 September 2017! 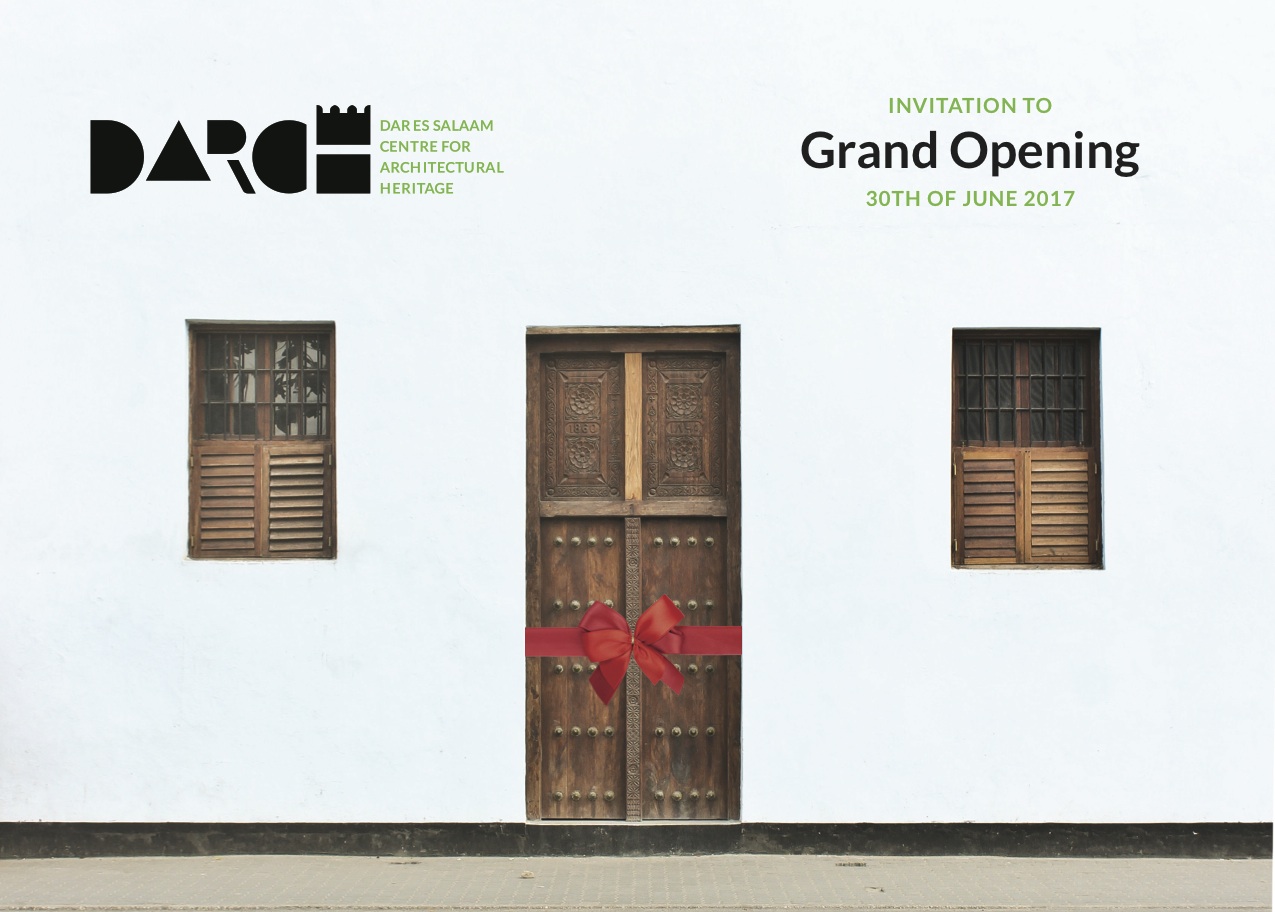 The Old Boma opens its doors on June 30th, 2017, a project initiated by DARCH in collaboration with AAT, the Dar es Salaam city ...

Where is the link between an immigrant from Lebanon opening a falafel shop in Berlin, and a man who has lived in Dar es Salaam for ... 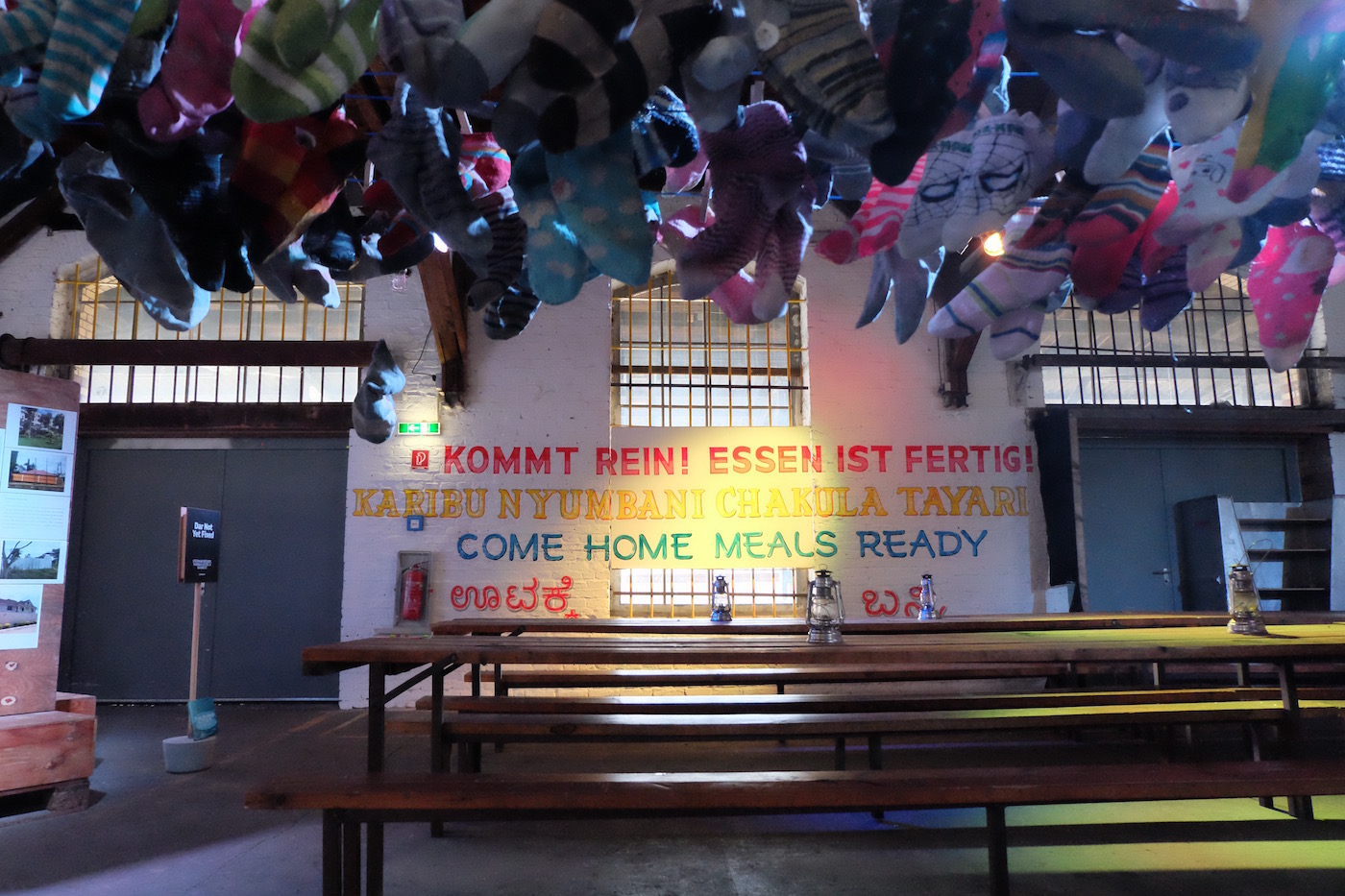 Juxtaposing Narratives is the exhibition of the Simulizi Mijini project, introducing the reflections of artists and researchers on ... 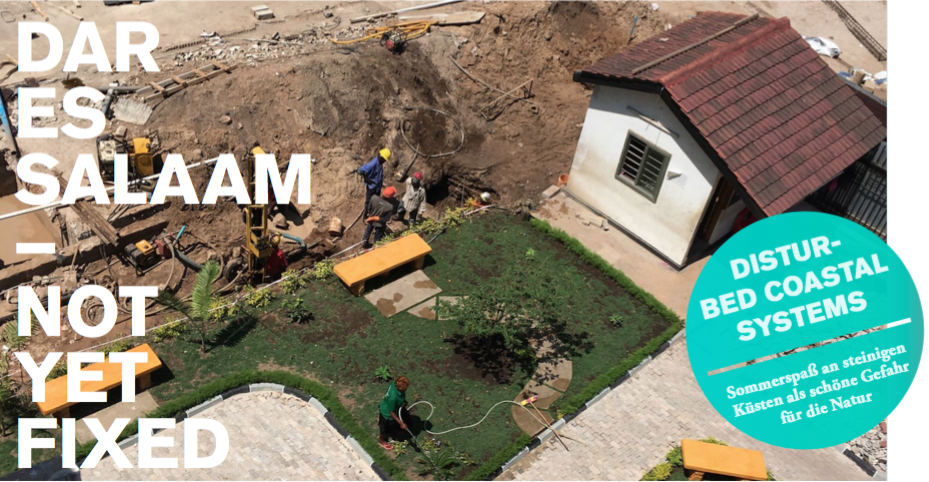 BaunetzWoche #485 out now: Dar es Salaam Not Yet Fixed

The latest issue of BaunetzWoche, which focuses on the urban complexities of planning and development in Dar es Salaam, is now out and ... 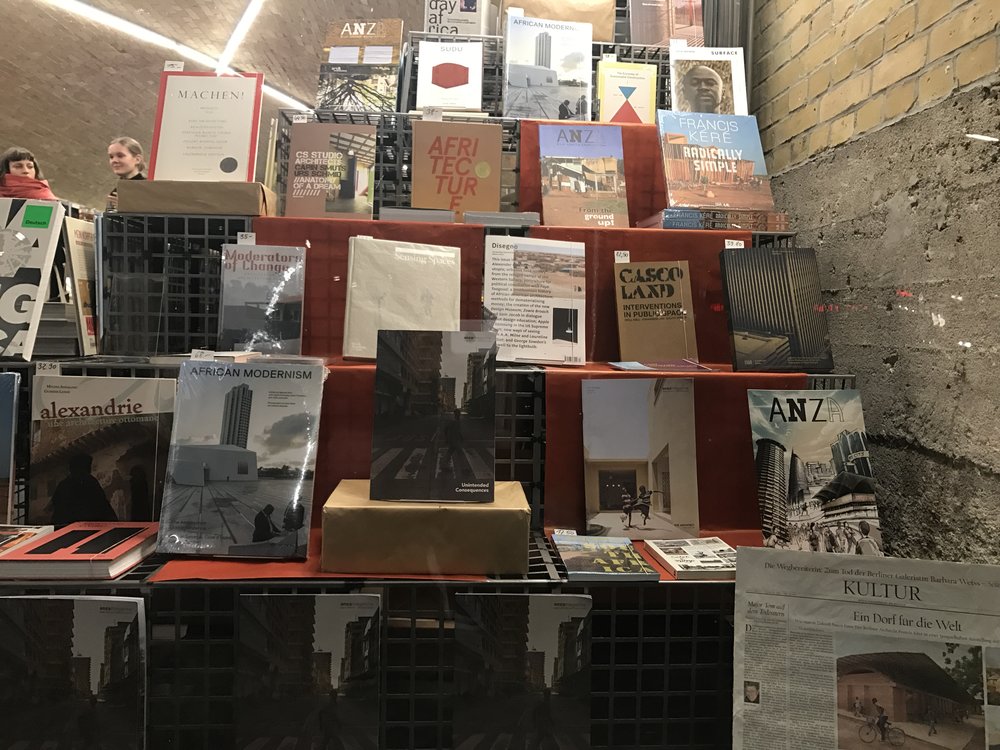 Following the lovely and successful launch event of the 8th magazine, we are now pleased to announced that ANZA is available in kiosks ...

Complimenting an international conference which will take place at the TU Berlin, on March 16-17 2017 (speakers and program available ... 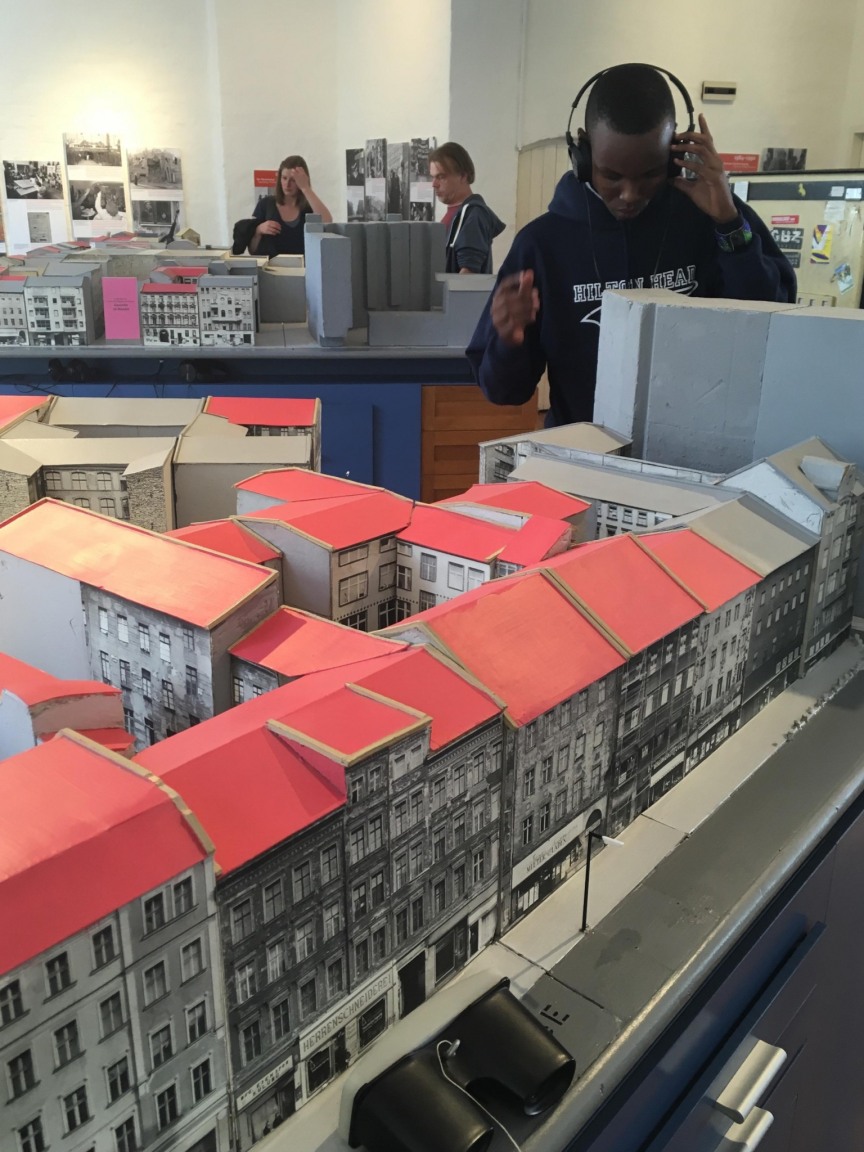 We’re very happy to share the call for contributions for the forthcoming conference, ‘Urban Heritage Activism’ which ... 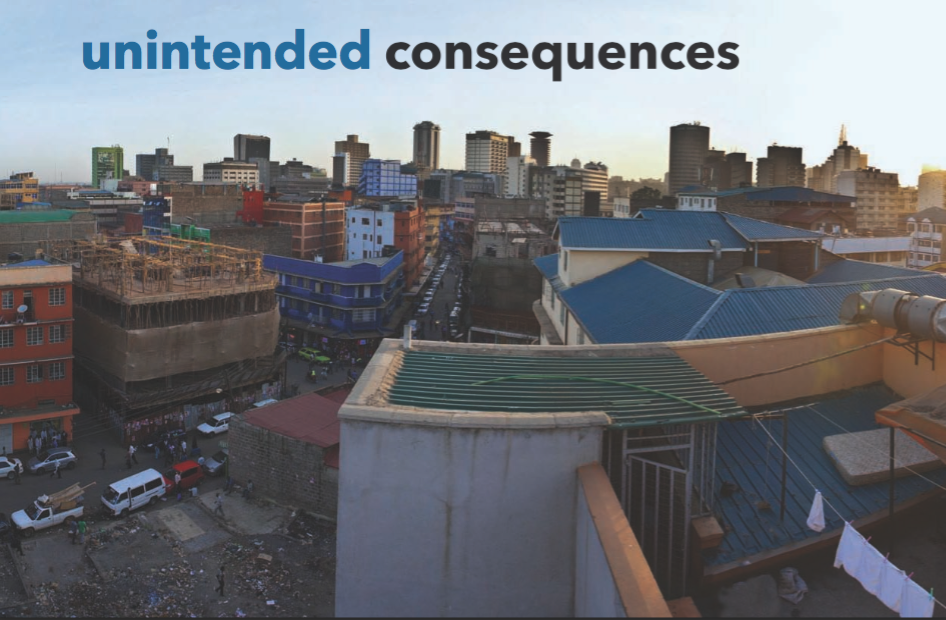 The eighth edition of ANZA magazine will be produced in collaboration with BauNetzWoche, a weekly publication based in Berlin, and with

The archive – a collection of narratives now online!

We have put together a collection of urban narratives in a dedicated platform hosted by MOD institute. You can explore how residents ... 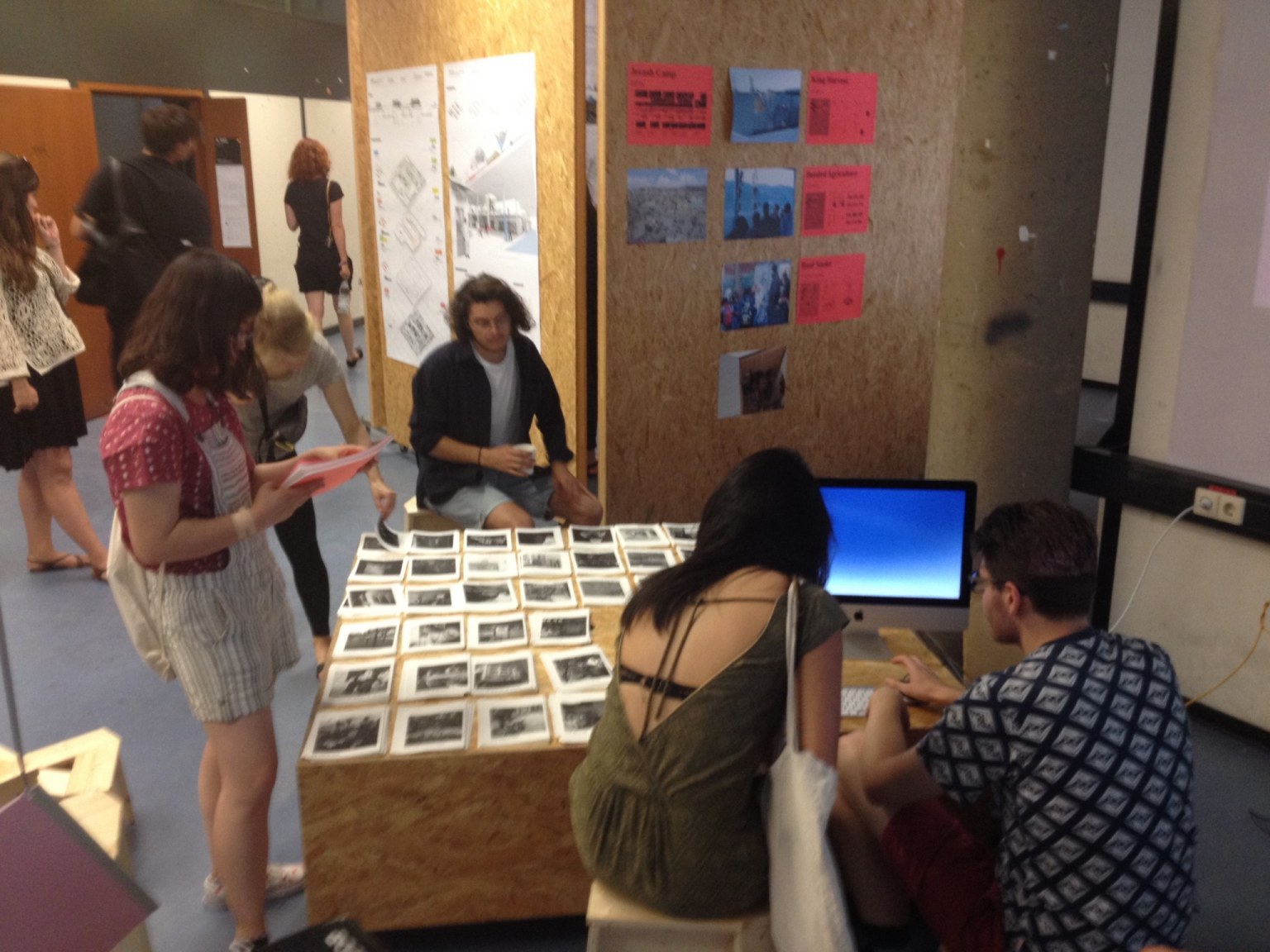 During the IFA Ausstellung, we presented the works created through Simulizi Mijini project (art, research, architecture studios) since ... 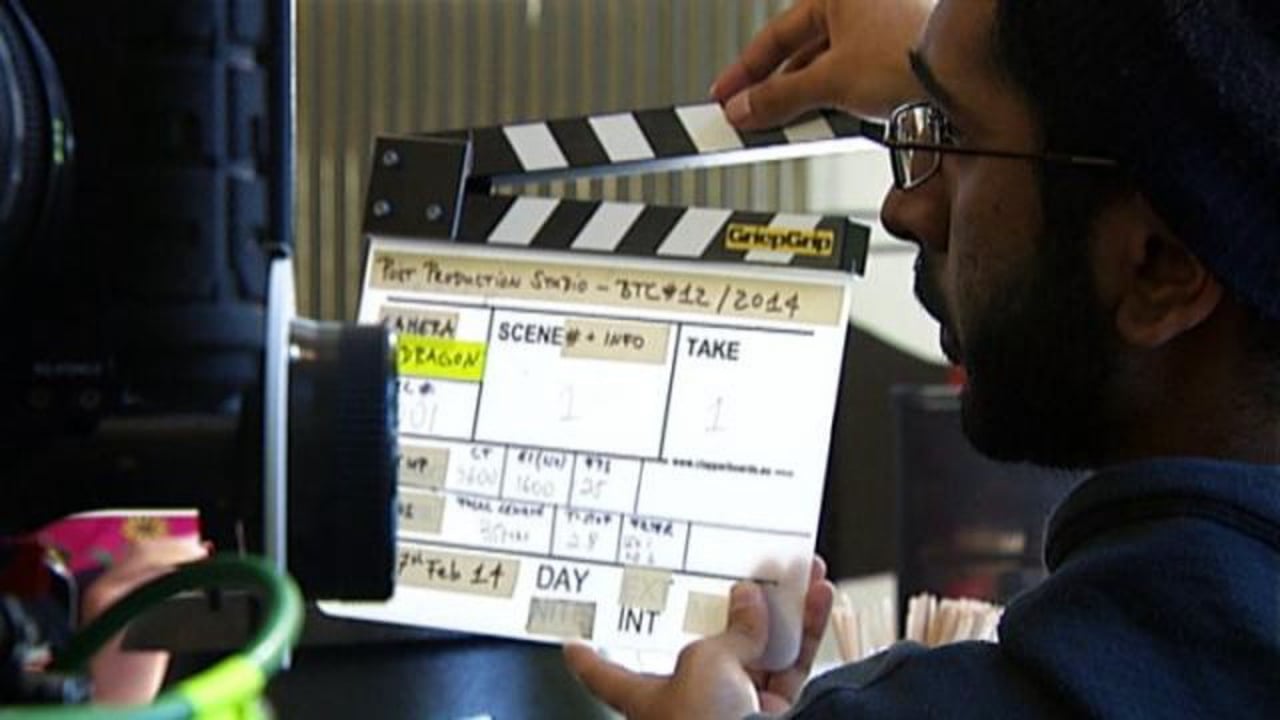 Two films will be shown about contemporary Dar es Salaam at the weekly Speisekino of ZK/U, in Moabit, July 29 2016, in partnership with 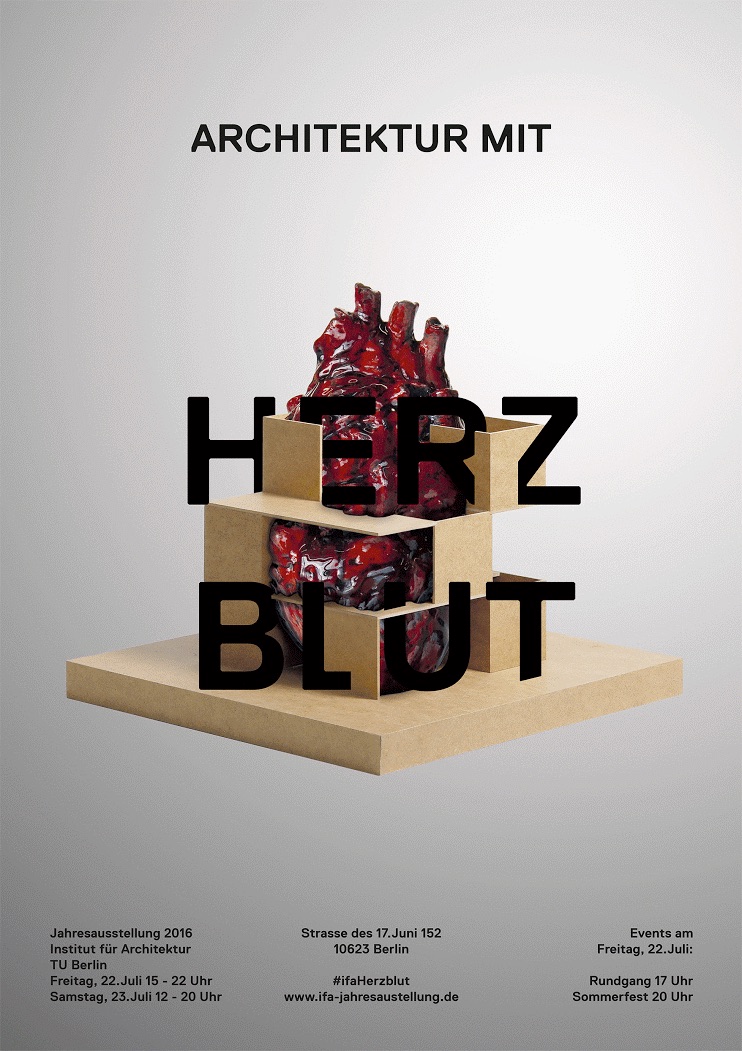 Simulizi Mijini will be presented at the Institut fur Architekture's end of the year exhibition at the TU Berlin, on Friday July 22nd, ... 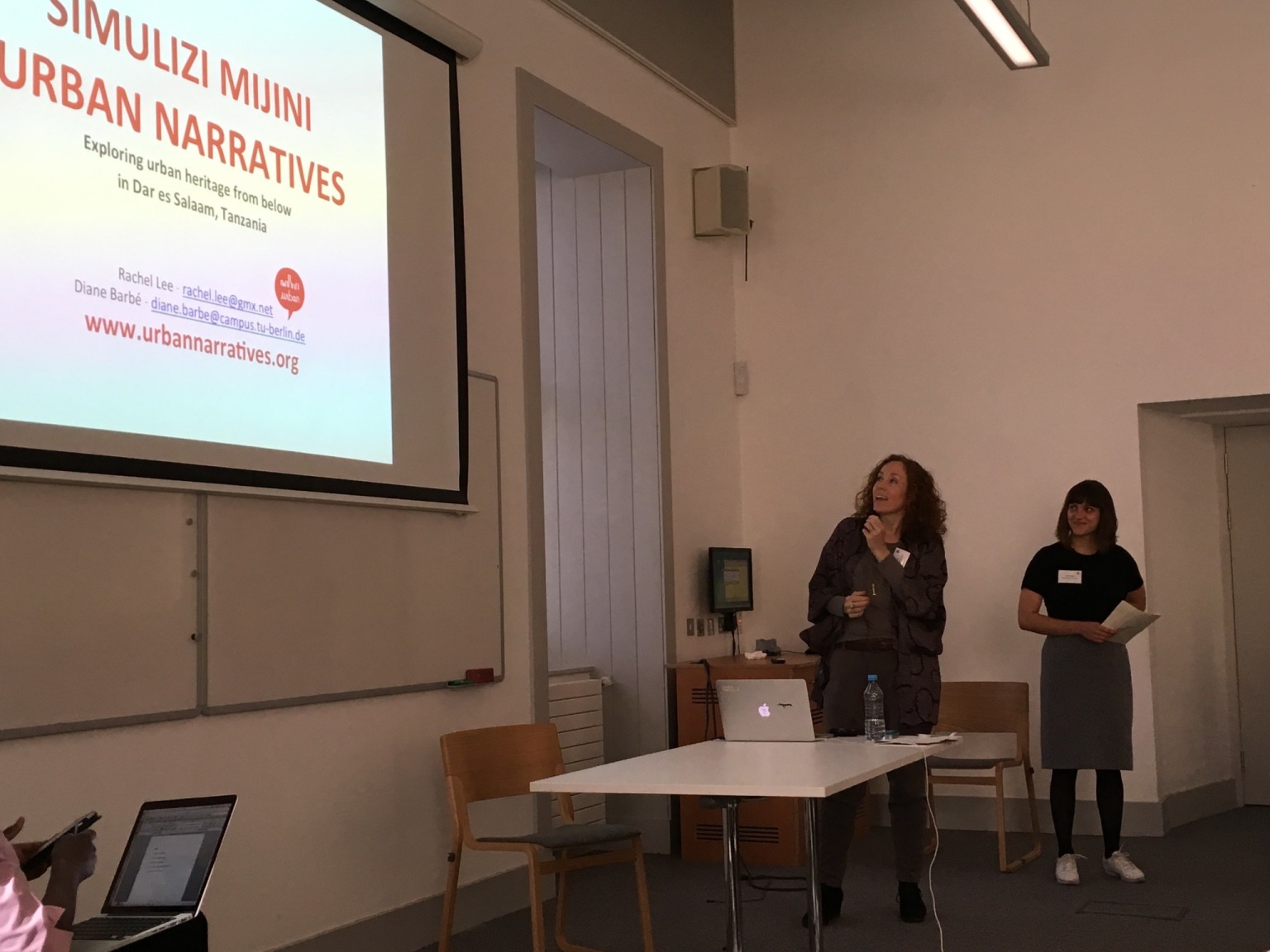 Rachel Lee and Diane Barbé presented the Simulizi Mijini project at the Decolonizing The Academy conference, held at the University of ... 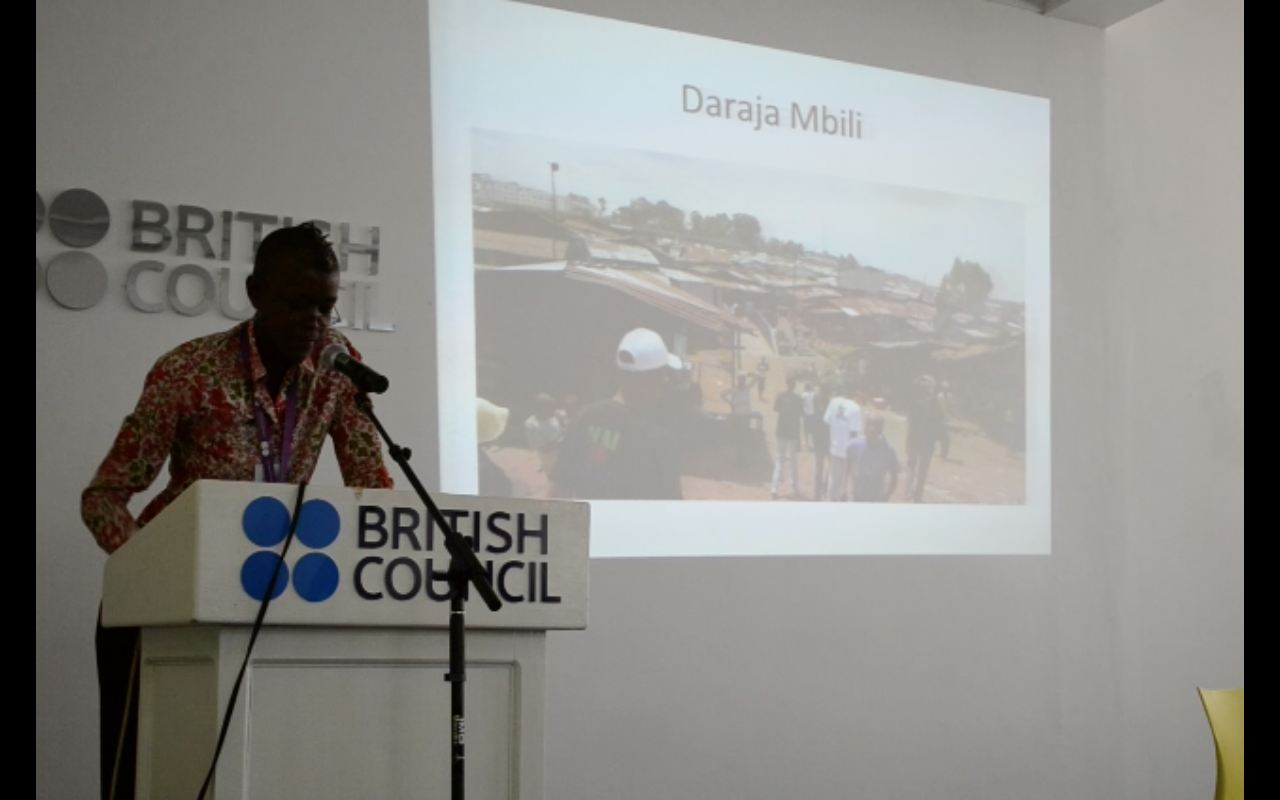 This is the full programme for the symposium which took place on April 1st, 2016 at the British Council in Dar es Salaam. International 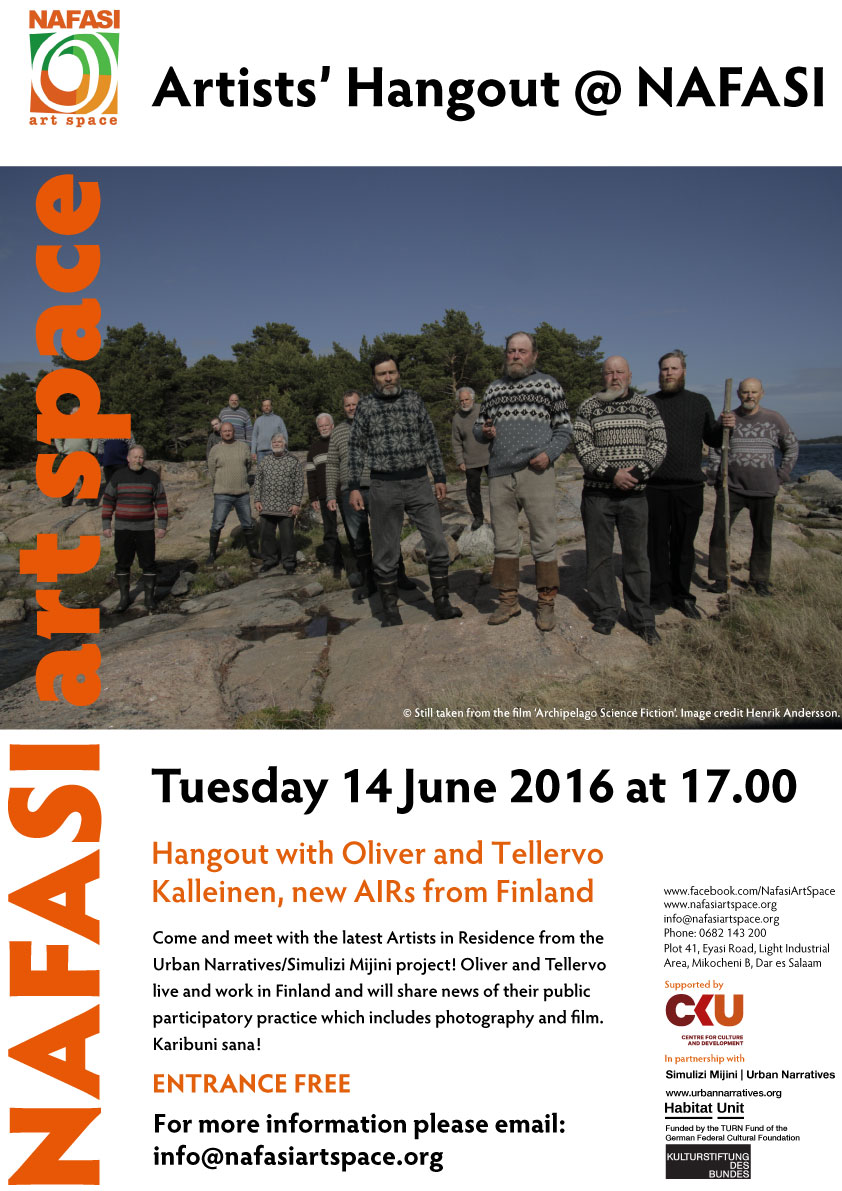 This Tuesday, June 14th, the German-Finnish couple of artists will host a hangout at Nafasi Art Space in Dar to present some of their ... 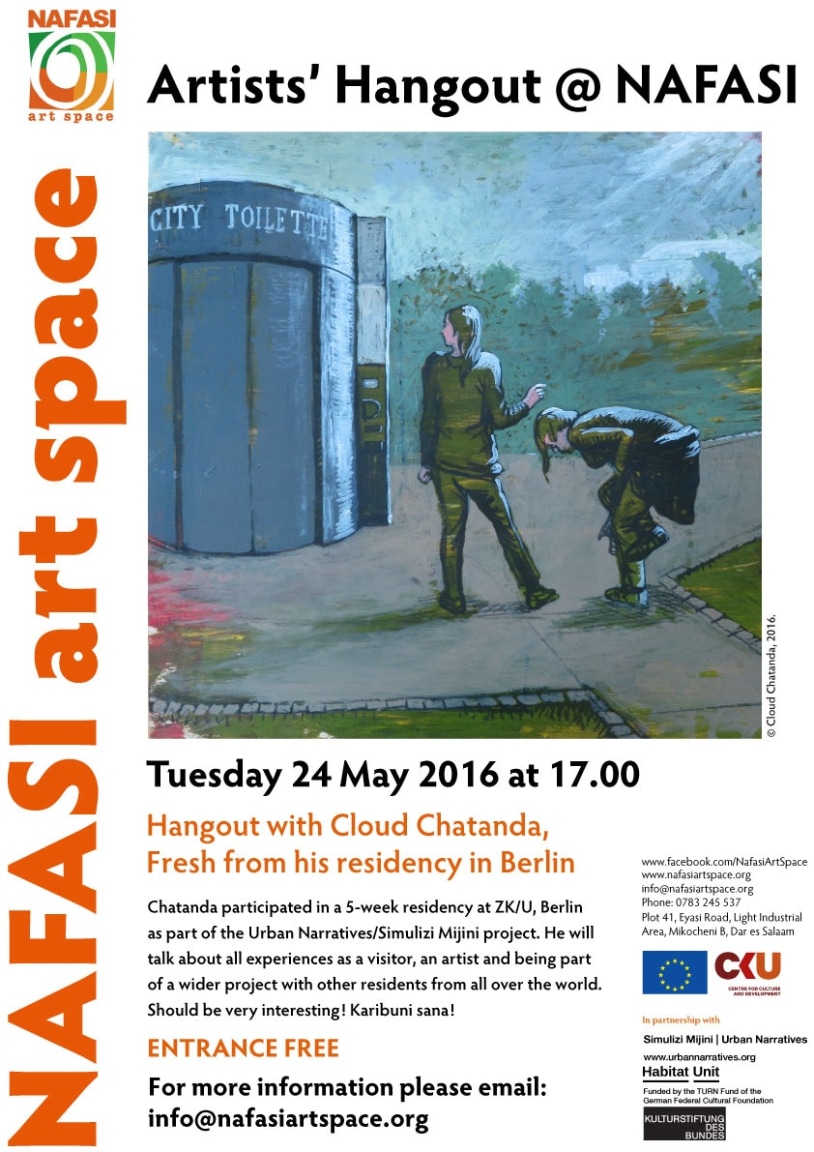 Cloud Chatanda hosted an artist hangout at Nafasi at the end of May, just after his 6-week residency at the Zentrum für Kunst und ... 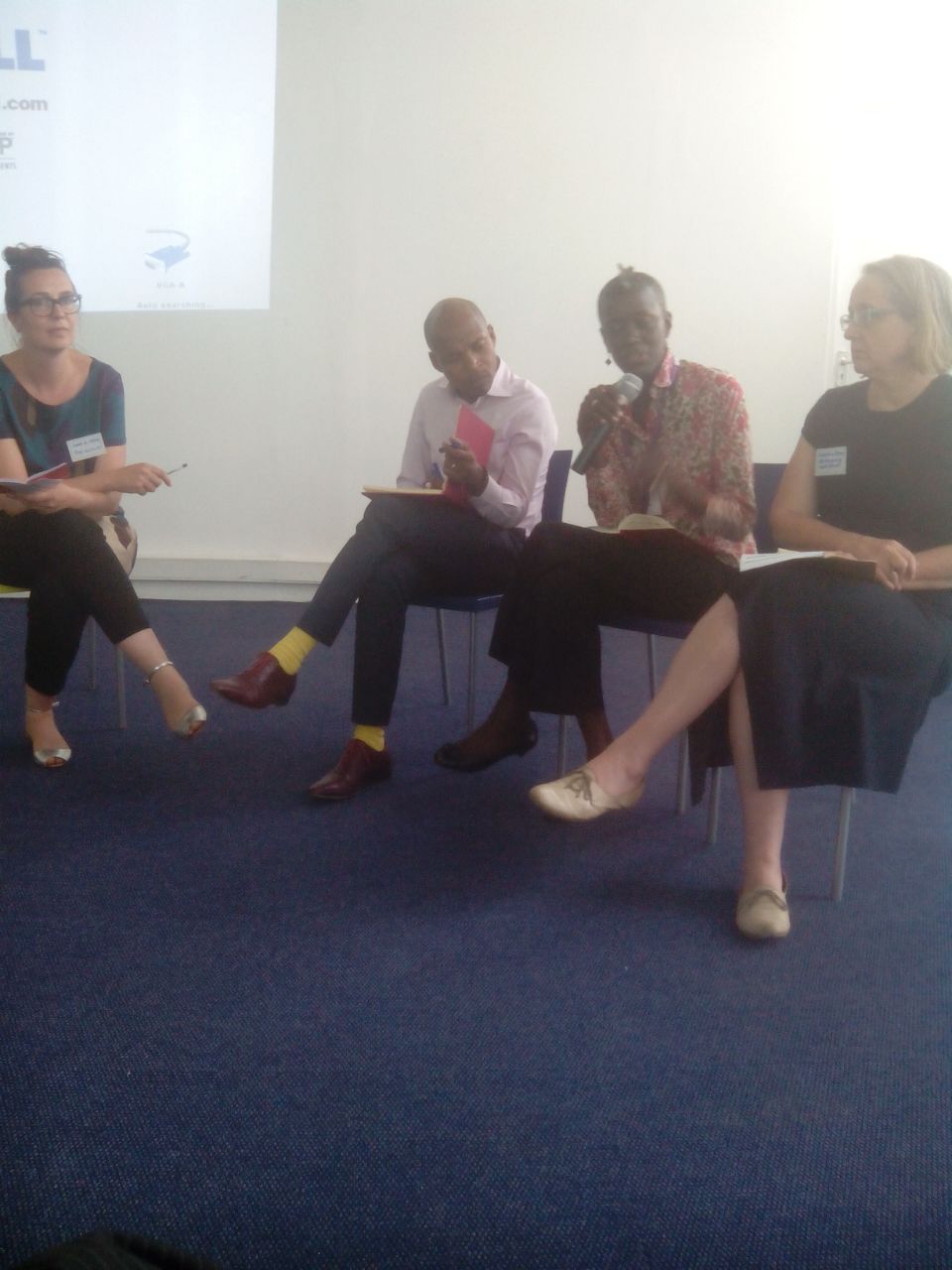 The news blog Bagamoyo News published an article about the Simulizi Mijini Symposium, which took place on April 1st 2016, in Dar es ... 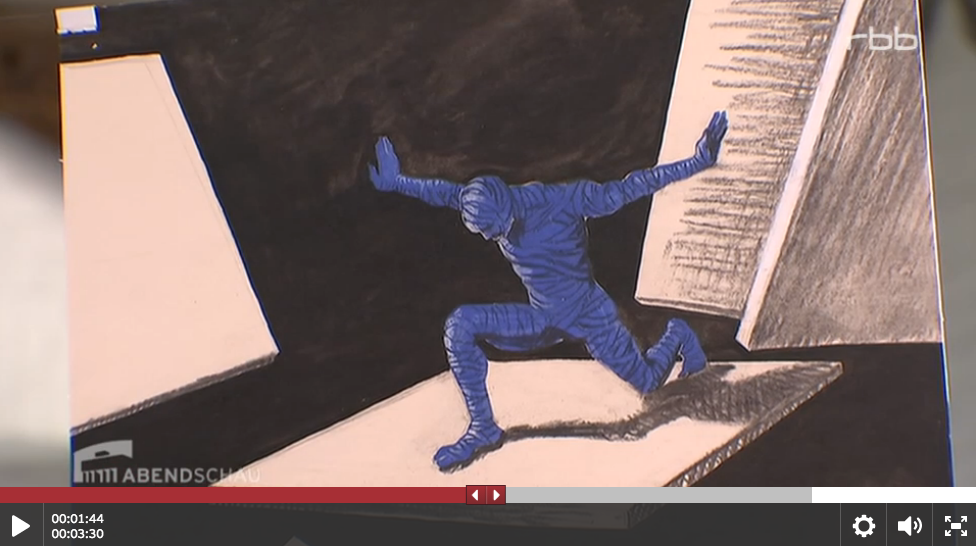 Cloud Chatanda at the ZK/U 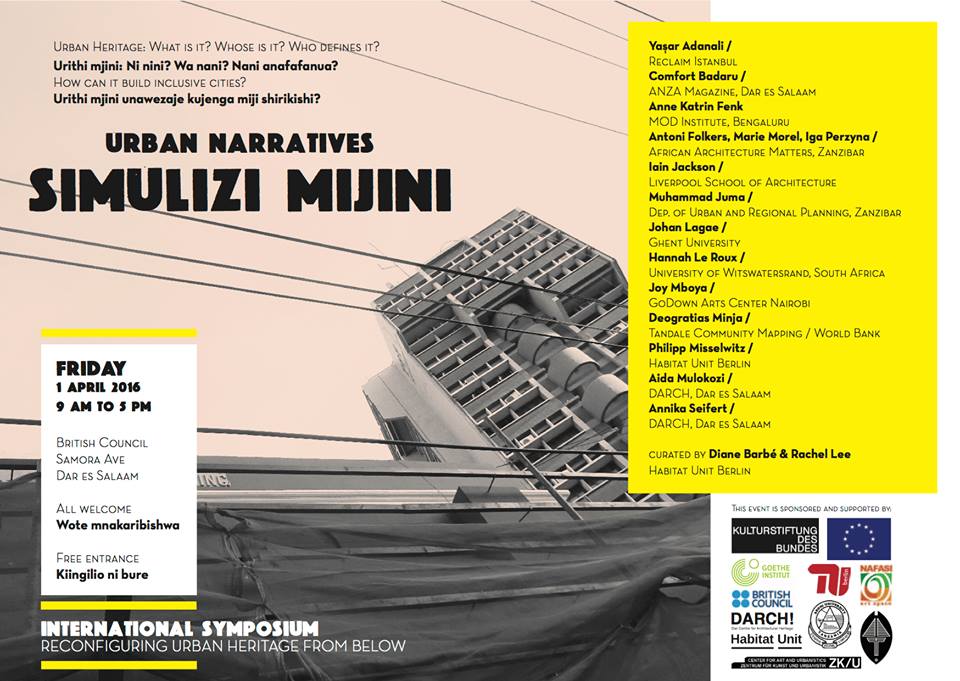 Simulizi Mijini will host an international symposium on the 1st of April on the theme: Reconfiguring Urban Heritage From Below. 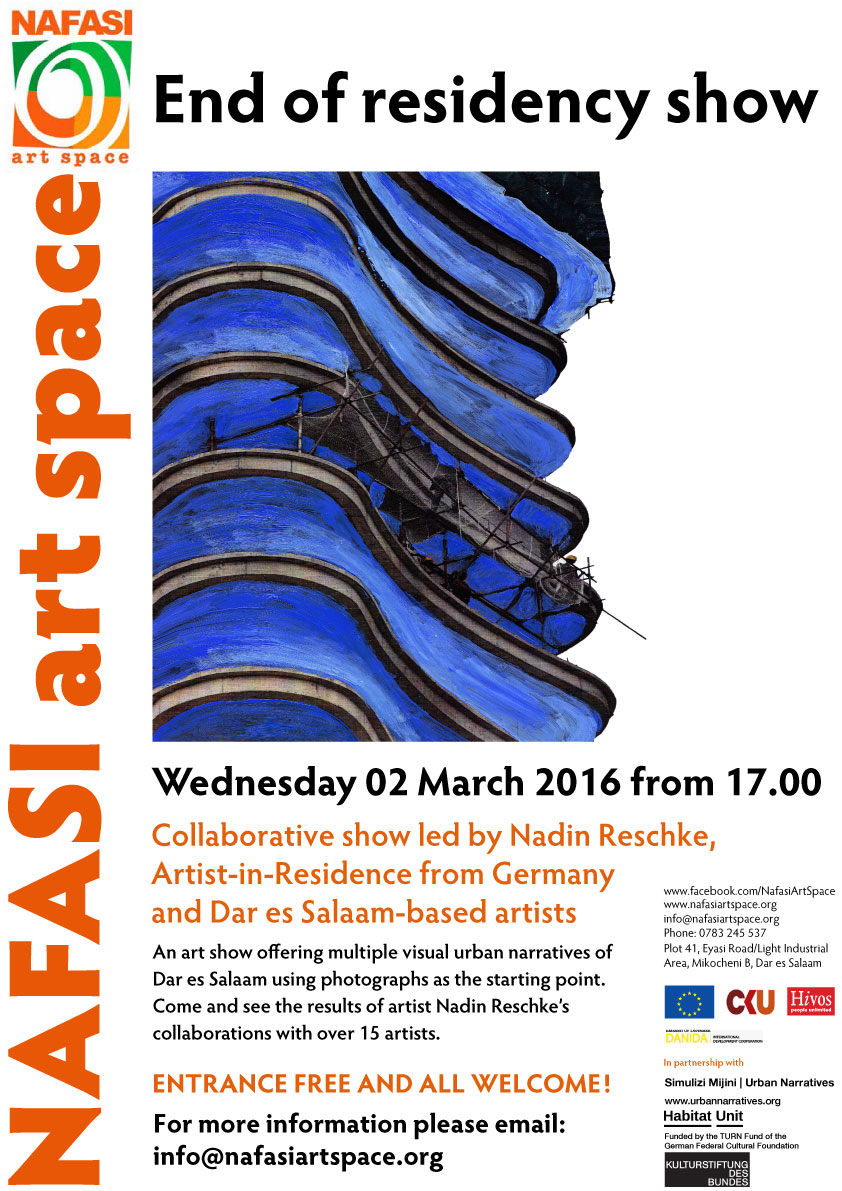 Find out more about Nadin Reschke and her work here! She will host an event to close her residency at Nafasi Art Space on March 2nd. 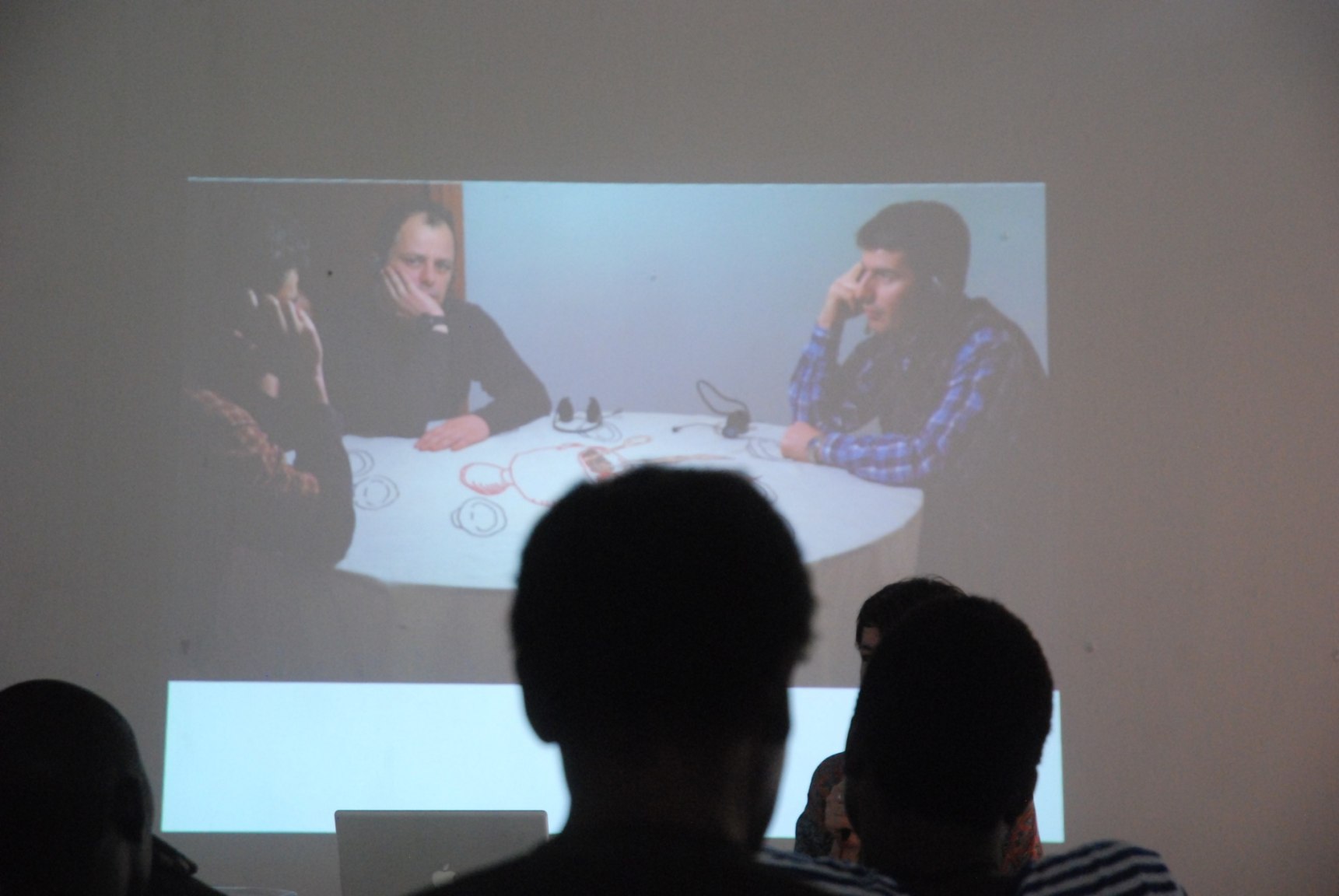 In her artists talk on Wednesday, the 10th of February at Nafasi Art Space Reschke presented some of her latest community based art ... 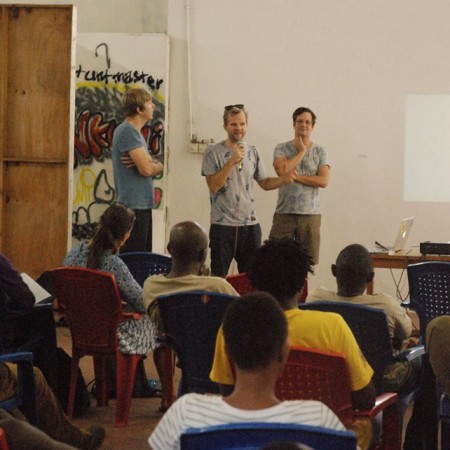 KUNSTrePUBLIK at the Nafasi Artists Hangout

During their visit to Dar es Salaam, the artists from ZKU hosted a "hangout" at Nafasi Art Space to connect with the local community ... 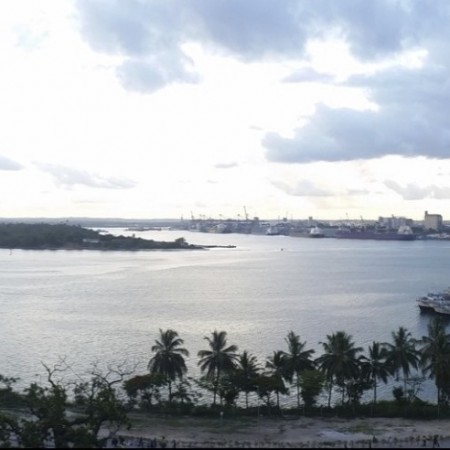 Impressions from Dar, by ZKU

After a two-week visit to Dar es Salaam, the curators from ZK/U share their first impressions of the city. 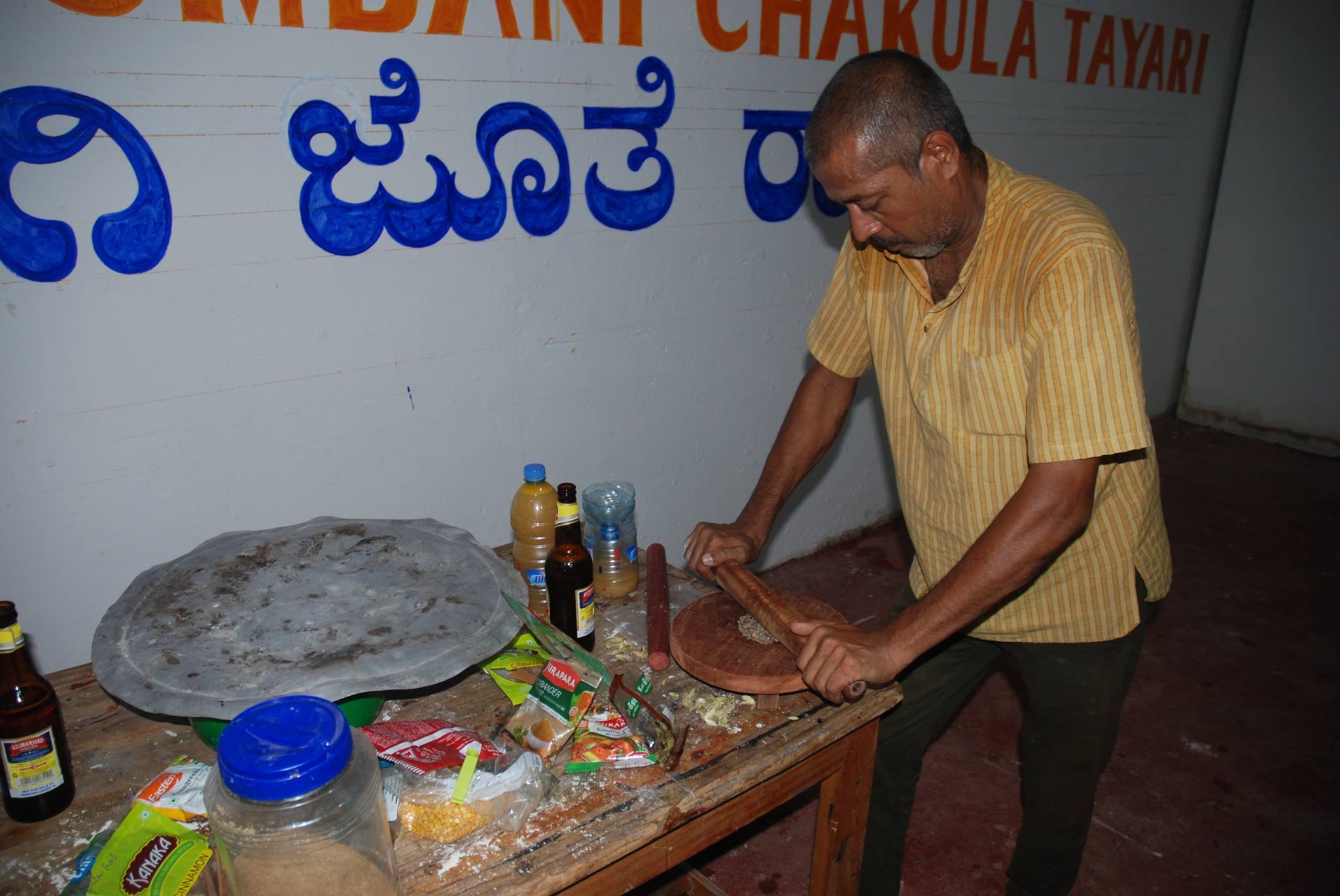 Indian artist Umesh Maddanahalli will host a cookout to finish his residency and exchange with the audience at Nafasi Art Space. 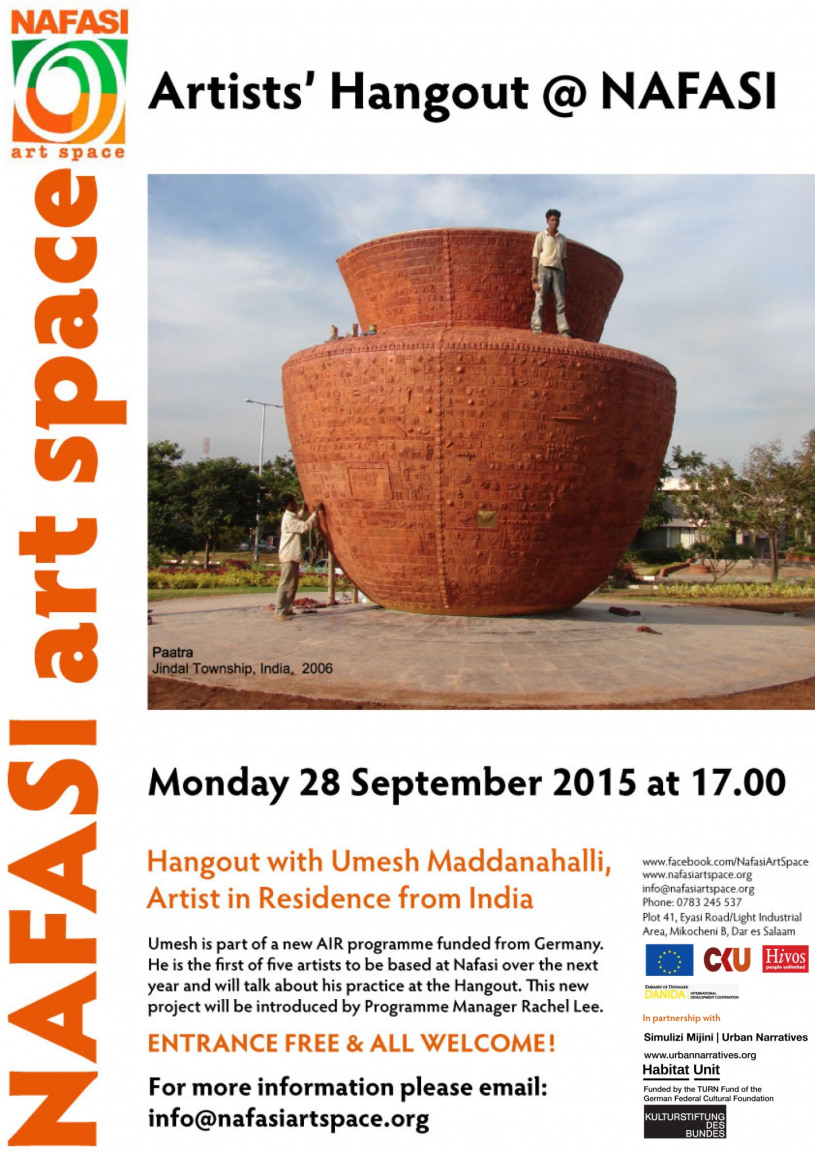 Find out more about Umesh Maddanahalli and his work here! He will host a cookout to explore Hindu heritage in Dar es Salaam on ...

In September 2015, a series of public events were held as part of the Dar Heritage Days on urban development and preservation to raise ...

In September 2015, a series of public events were held as part of the Dar Heritage Days on urban development and preservation to raise ...