Impressions from Dar, by ZKU

As we mentioned in a previous post, the three curators from ZK/U (Philip Horst, Matthias Einhoff and Harry Sachs) went on a preparatory trip to Dar es Salaam to explore the city. In a presentation held at ZKU on December 10th, 2015, they shared some of their initial impressions from Dar about the urban environment, cultural practices and social life, some of which we recount below.

The ZK/U trio reported, for instance, being intrigued by the very fluid mix of Christians, Muslims, and Hindus in the capital city of Tanzania. Different religious and ethnic groups seem to cohabit quite well in the city’s public spaces, while they can gather more exclusively in social clubs and dedicated events. This was related to an overall feeling of peace and security in the city, which gave “a sense of stability in the structures and businesses of everyday life”.

While social heterogeneity seems to function quite well in Dar’s public spaces, some private social clubs remain dedicated to one cultural group only –here an exclusively Hindu restaurant and badminton club. Cultural and religious communities have strong, exclusive ties which define strongly their identity and their social practices, yet they manage to cohabit peacefully in the public sphere of the city. 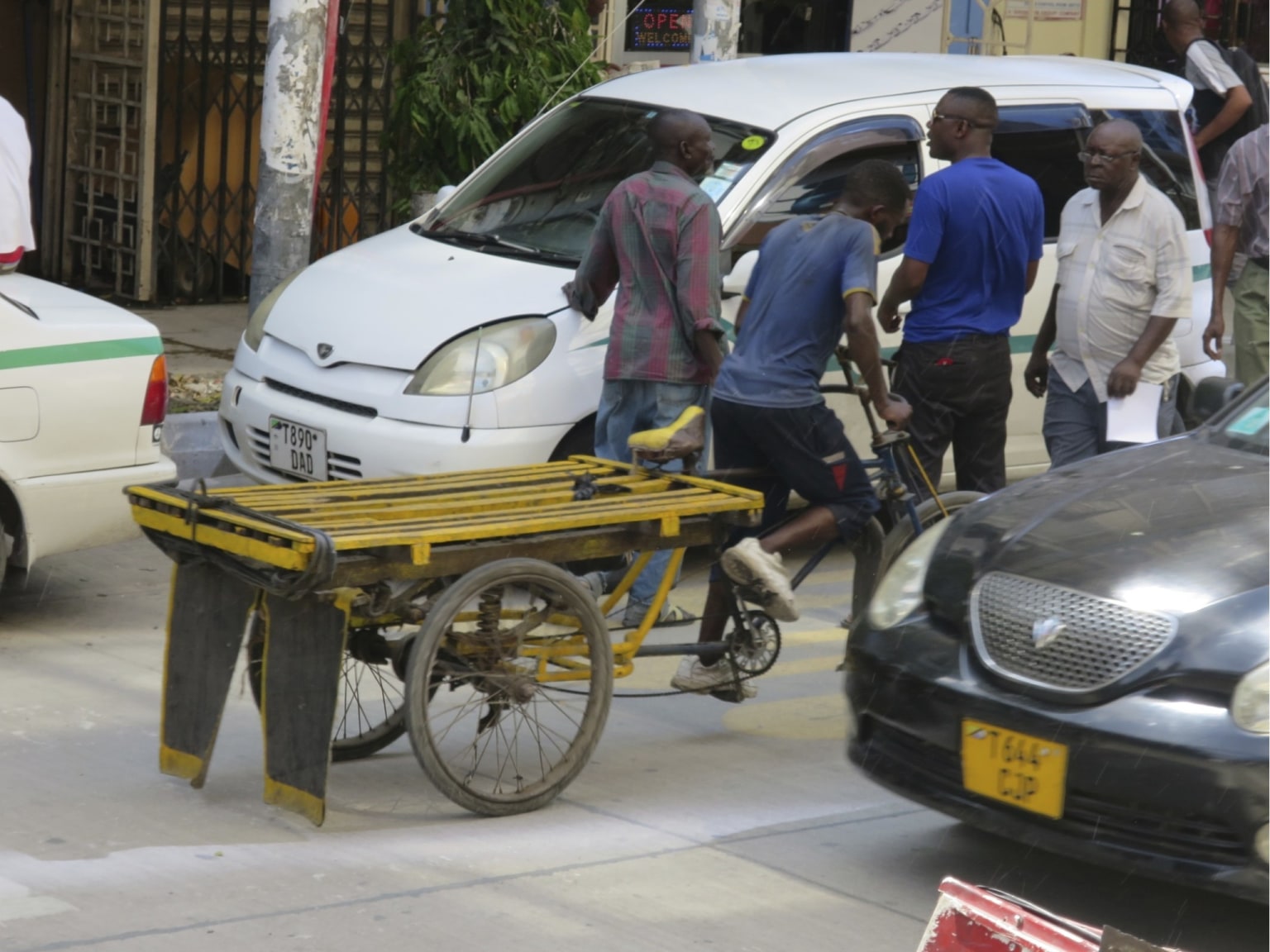 In Dar, there was a great diversity in the ways people can get around, and priority seems to be given to inexpensive, versatile and compact ones. A complex and dense economy of repair shops, retails and mechanics caters to the needs of thousands of bikers, an activity that goes beyond simple pragmatism and offer tuning and upgrading rides. 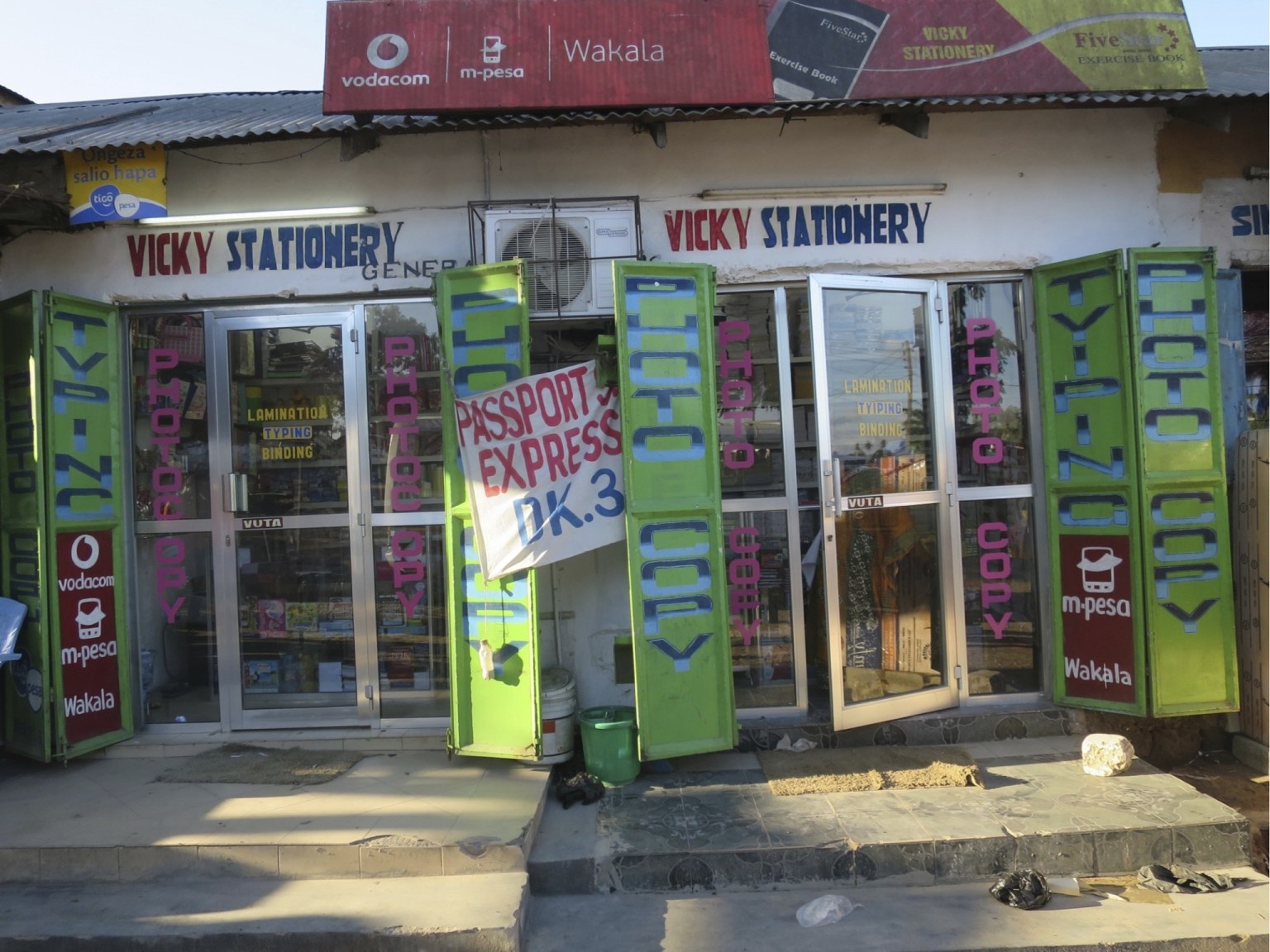 Messages and forms of communications encountered in the streets as part of the built environment were another element which really stood out during the 10-day exploration. Hand-painted signs and a wealth of creative advertisements were found everywhere in the city, constituting an important part of its visual identity for the ZK/U team, who noted that “there were so many mixes of different means for advertising. The creativity is endless: a poster, a cutout, anything to make it more visible”. 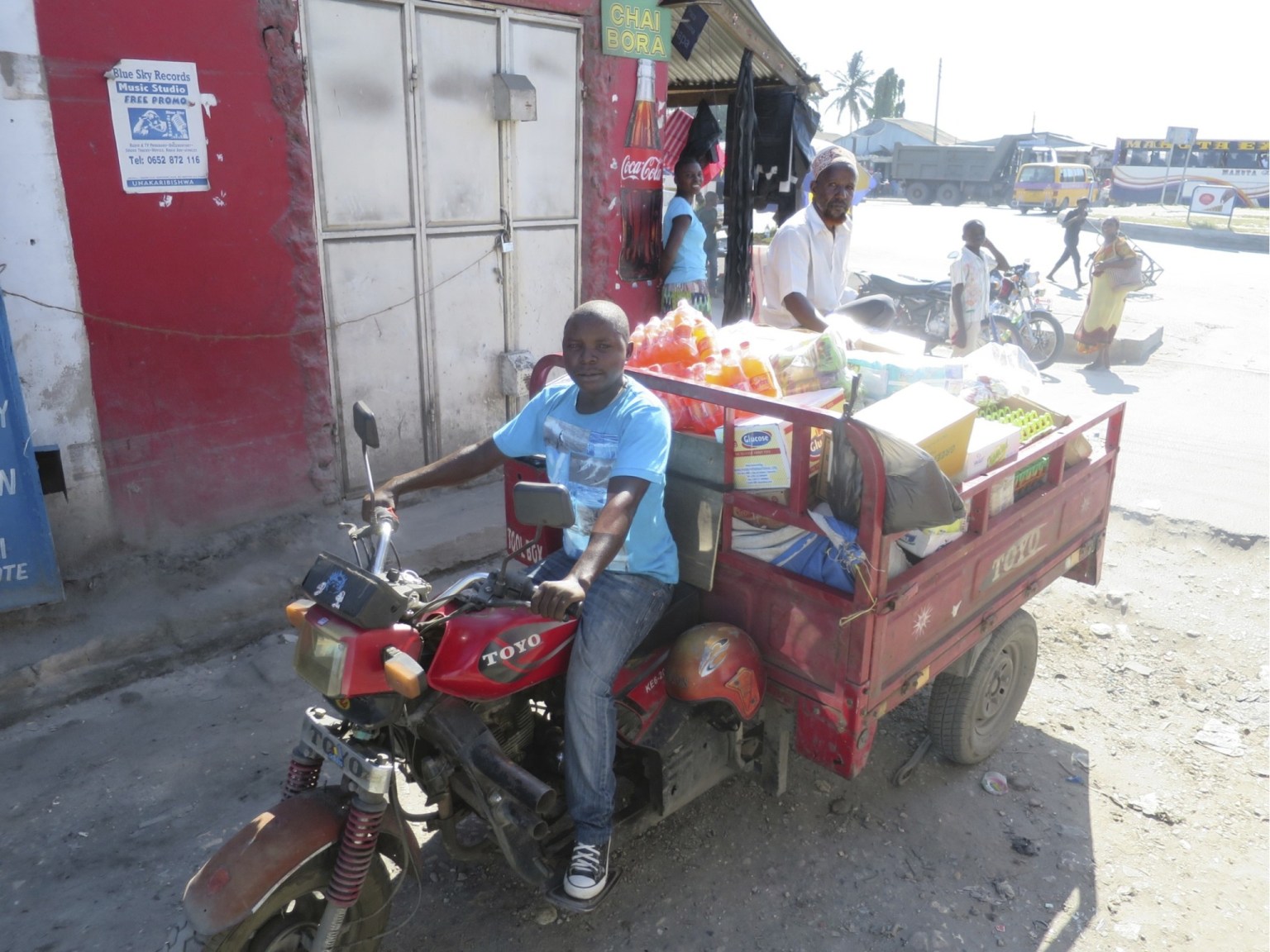 A key element to experiencing the city, as well, is that of transportation, and the culture that revolves around it. The myth of the American city built primarily for car use, for instance, is grounded on the predominance of this mode of transportation –which is also a symbol of independence and success in the collective imaginary. 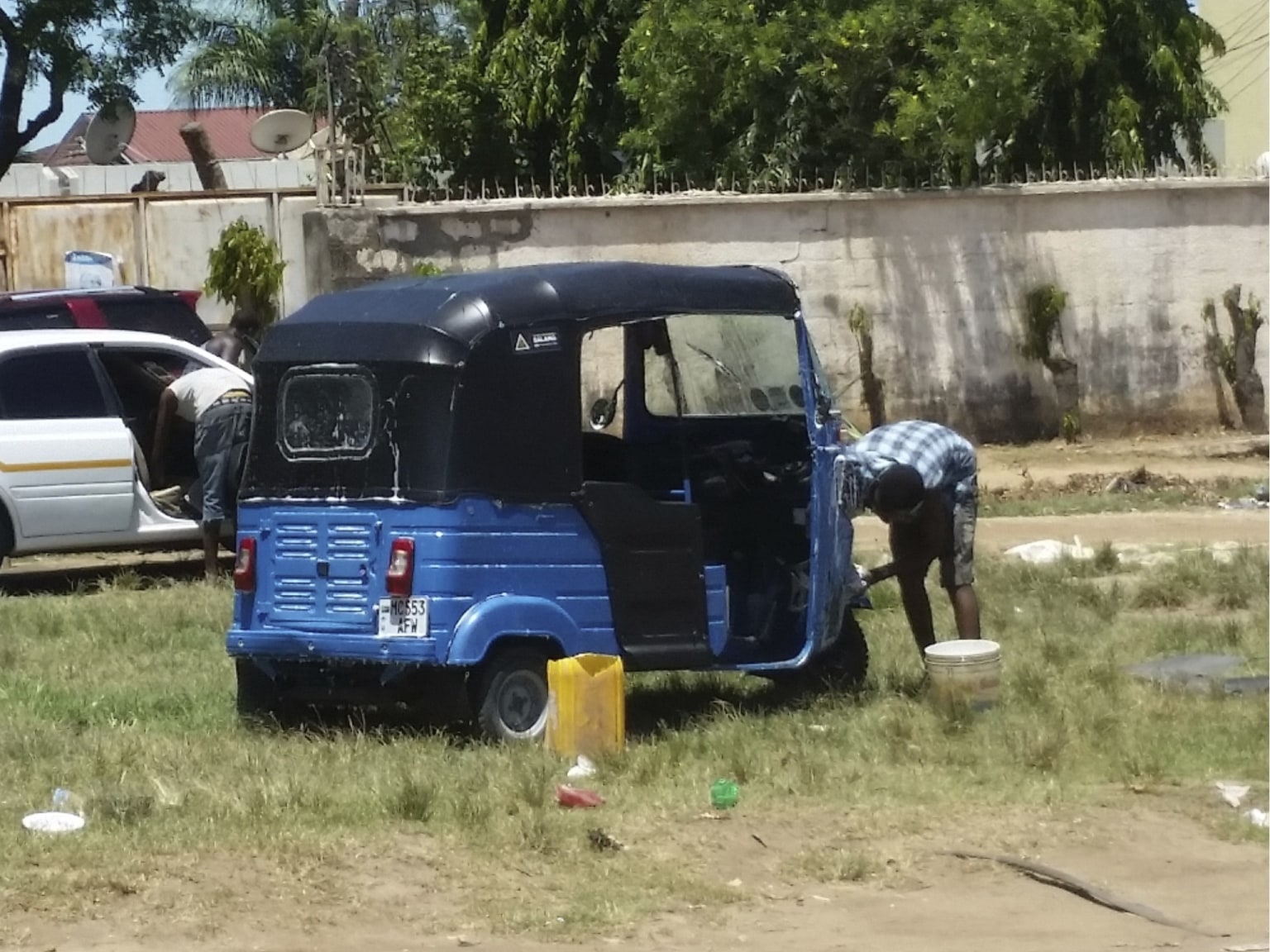 The presence of many public parks for washing and repairing vehicles was a marking impression from Dar for the ZK/U team: it seems like “there is a big culture” for these services, according to Matthias, and the urban space is very much defined by these activities. 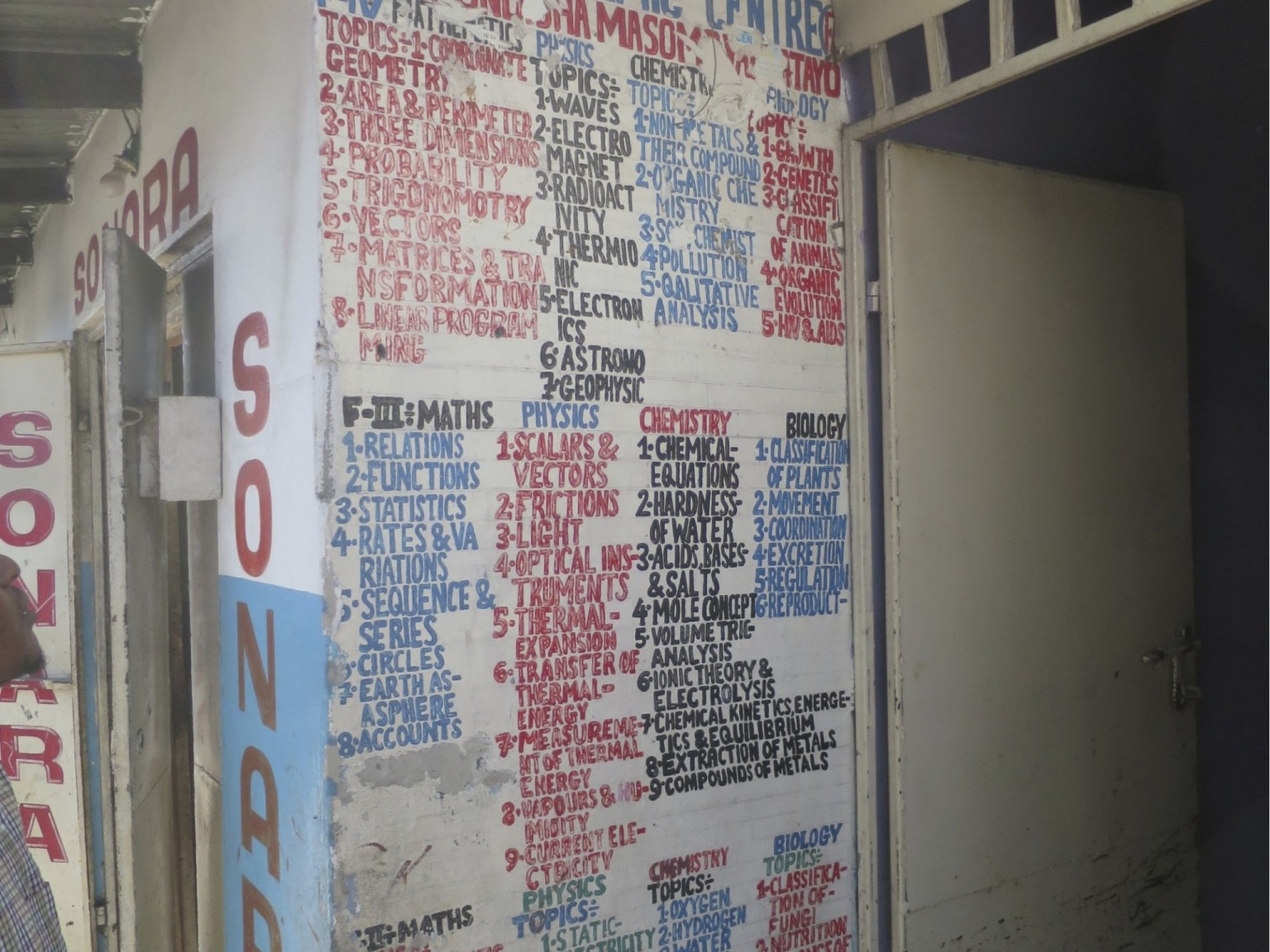 Any commercial or service enterprise has its own profusion of signage, from hair salons to green grocers, including universities displaying publicly their curriculum. Beyond the creative use of colours, symbols and illustrations, this practice of signage indicates the consistent use of hand techniques and wood panels, a practice which has not yet been replaced by industrial printing and billboards. Further, street messages also bore political weight, and graffitis speaking of the rising rents and evictions shows that the housing situation in Dar es Salaam corresponds to the now commonly accepted global trend of speedy development and social struggles for large cities.

As a conclusion to their impressions from Dar, and the purpose of this trip, Matthias added that “This program is about finding urban narratives and discovering how they can be a form of heritage, and of course, there are tons of those. Now the question is really to filter which are the things that are really meaningful, and sometimes our point of view may be different from that of the people who actually use these narratives.”

Further research could indicate how to get quality information about the communities’ heritage, how it differs from our definitions, what we can learn from this, and how it can supported and energized to publicly represent social values and cultural practices.