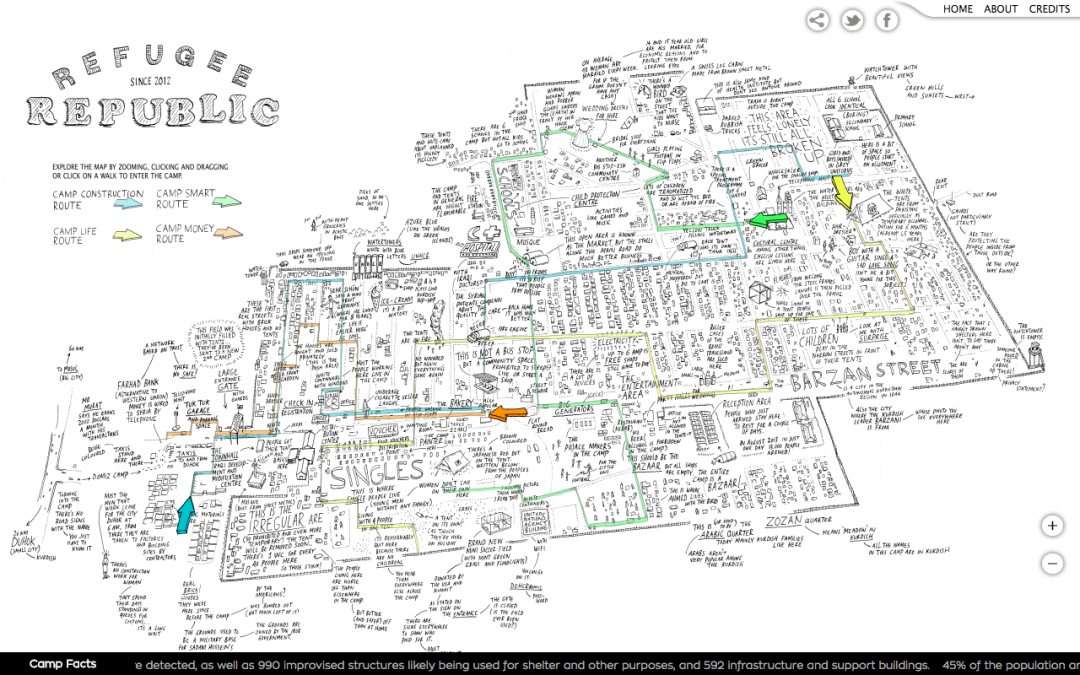 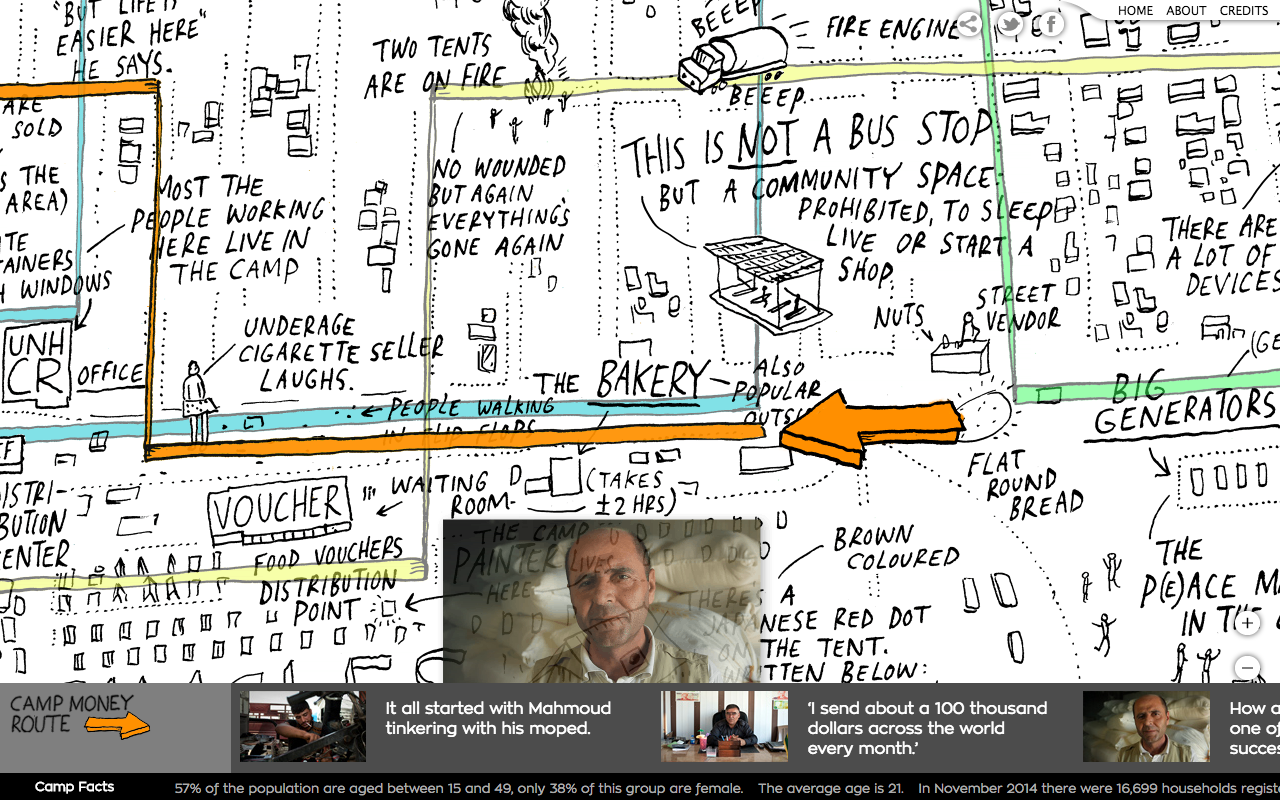 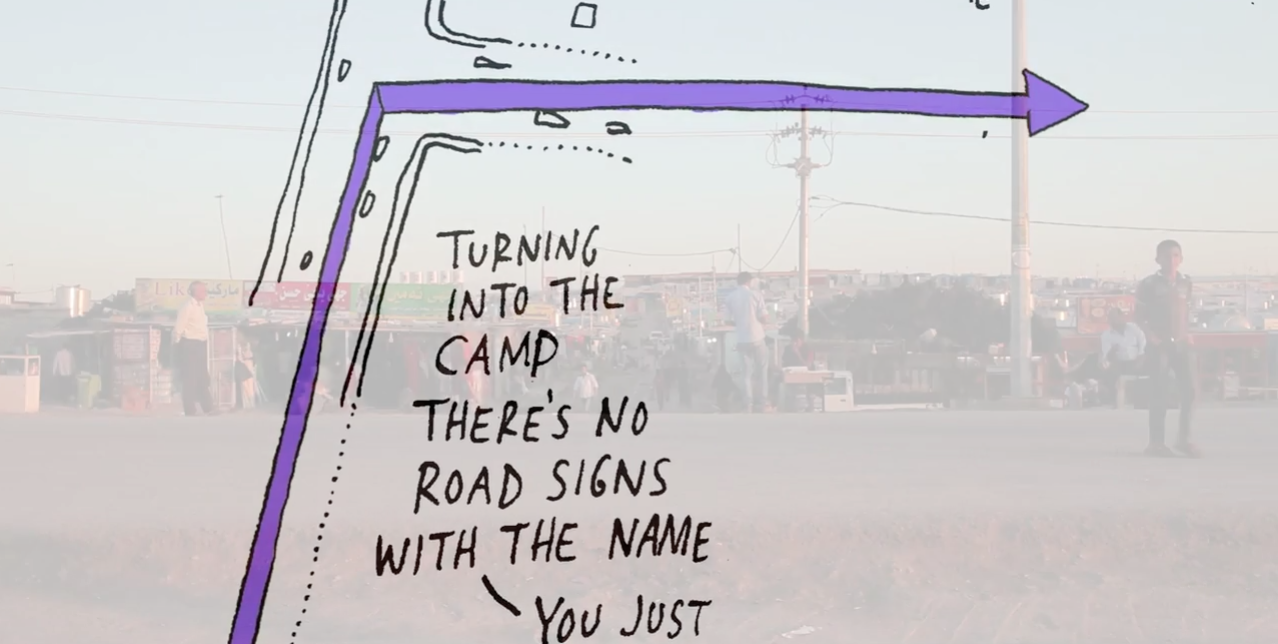 Refugee Republic is an interactive transmedia documentary about everyday life in Domiz Camp, a Syrian refugee camp in northern Iraq.

The aim of the makers, artist Jan Rothuizen, multimedia journalist Martijn van Tol, photographer Dirk Jan Visser and webdeveloper Aart Jan van der Linden, is to enrich the existing image of refugee camps by building an anatomical sketch of everyday life in the camp, through a combination of drawings, film, photography, sound and text to create a sensory experience.